The show presents a new one-act play written and directed by Nader Salah el-Din, every week.


Abdel Baky previously said that when “Masrah Masr” was first launched the idea of relying on new actors every week was his brainchild. Abdel Baky added that people in the beginning thought he was crazy to take such a risk.

However, he stressed that he and his team always comply with theater rules. Affirming that he deals with his troupe members as if they were family, Abdel Baky pointed out that each one of the troupe members is distinguished in their own way.


New faces presented by Abdel Baky during past seasons have all become well-known stars.

It is worth mentioning that Abdel Baky established his new artistic project entitled “Saudi Arabia Theater” in Jeddah with the support of the Saudi General Entertainment Authority. 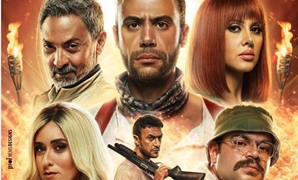