Maddah: A singer with ‘A Golden Throat’ 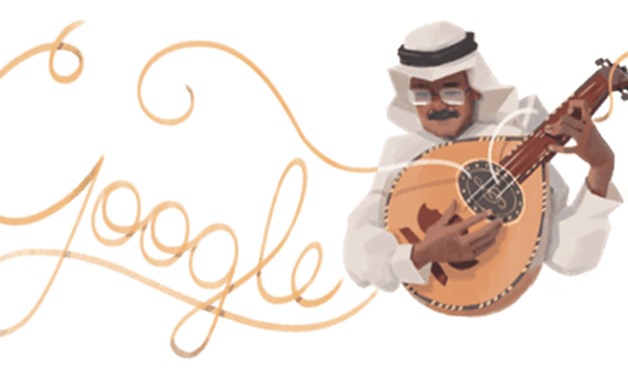 Google is honoring Talal Maddah with a special Google doodle to celebrate the eminent musician’s 78th birthday on August 5 - Google.

CAIRO – 5 August 2018: Google is honoring the Saudi late singer and composer Talal Maddah with a special Google Doodle in the MENA region to celebrate the eminent musician's 78th birthday on August 5.

The doodle also appears to Google users in Australia, New Zealand and Sweden.
Hijaz, the western region of Saudi Arabia, means “the barrier”.

Ironically, Hijaz ( means barrier) was Maddah's home city; maybe that’s why destiny has chosen him to break barriers between countries through his music and melodious voice that significantly affected the Arab music scene during his 50-year career.

Maddah's passion for music manifested at an early age, as he sang in every school concert in Mecca, and started to play oud.

At the beginning of his journey, he followed the footsteps of great singers such as Hassan Jawa.

He was famous for playing oud while singing. Between 1960 and 2000, Maddah participated in numerous Saudi festivals, in addition to a number of concerts in Egypt, Syria and Lebanon. Maddah was truly a pan Arab singer.

The launch of Saudi Arabia’s radio contributed in building Maddah's huge stardom. “Wardak Ya Zarea al-Ward” (Grower of Roses) was the song that made him famous.

In 1976, he released his masterpiece “Maqadir” which became the first song from the Hijazi region to gain that huge popularity. Maddah cooperated along his career with a number of prominent composers such as Gamal Salama and Mohammed Shafiq, among others.

Maddah was the godfather and mentor of famed singer Abadi al-Johar. Furthermore, Maddah composed more than 1,000 songs along his career. He also acted once in a movie named “Fog Street” with Lebanese singer, Sabah.

In 2000, Maddah, known as “The Golden Throat” and “The Earth’s Voice”, died of a heart attack at the age of 60 during a live television performance, the “Al-Meftaha” show, on Saudi Arabian TV.

Even after his death, his recordings continue to reach new listeners, proving that fine art never dies. Happy birthday in heaven, Maddah.