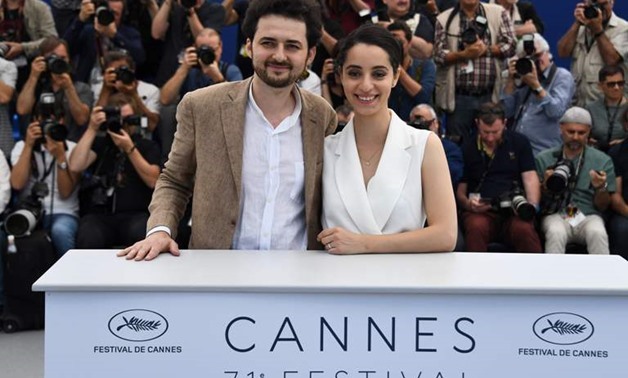 During the event, some scenes from the film, which has not screened in Egypt yet, will be displayed, followed by a discussion with Shawky and a Q&A session with audiences.
The film recently premiered at Cannes Film Festival to compete for the Palme D’Or award.

The tragic comedy “Yomeddine”(Day of Judgment) revolves around a leprosy patient who escapes from the hospital along with one of his friends in order to search for his family. “Yomeddine” is directed by Egyptian-Austrian director Abu Bakr Shawky, who became the first Egyptian to be invited to the main competition of Cannes Film Festival.

The first Egyptian movie participating in Cannes Film Festival’s main competition managed to grab the attention of all those who watched it. International media platforms were keen to put the spotlight on “Yomeddine”, writing extremely positive reviews about the movie that presents an innovative mixture of tragedy, comedy, and condensed shots of emotions and sentiments.

“A lovingly made, character-driven road movie that occasionally dips into sentimentality, yet has moments that honestly play on the heartstrings,” wrote Jay Weissberg in Variety.