The partial opening of GEM in 2019 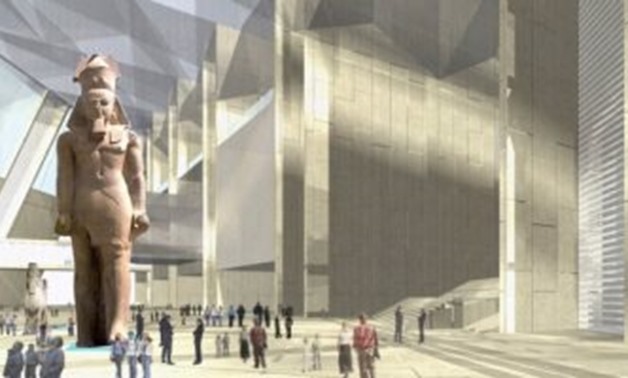 CAIRO – 9 June 2018: The general supervisor of the Grand Egyptian Museum Tarek Tawfik (GEM) revealed that the partial opening of the museum will be in the first quarter of 2019.

Tawfik explained that GEM’s first stage will be completed by the end of 2018. The Grand Egyptian Museum will witness for the first time the display of all Tutankhamun’s artifacts gathered in one place which amount to more than 5,000 pieces.

GEM’s lobby will host the statue of King Ramesses II and the column of his son King Merneptah, the grand staircase will include 87 royal statues and large architectural elements including a statue of Kings Khafre, Menkaure, Senusret, Akhenaten and Amenhotep III.

“From two years ago the achievement percentage of establishing GEM was less than 20 percent, now it is over 70 percent. At this precise moment that I am talking to you dear guests, 43,257 artifacts have been transferred to GEM, in addition to 4,549 artefacts from Tutankhamun’ s belongings; the total of his belongings are 5,000 pieces,” said Anany.
As part of the conference, the GEM received the sixth and last historic chariot of King Tutankhamun, which was moved from the Military Museum in Saladin Citadel on Saturday to the GEM.

The repair team used modern materials and methods in the process of packing and moving the bed. They also used precise air lifters that facilitated moving the bed from the base area without exerting any mechanical stress on it. Previous studies on the internal structure and wooden joints of the king's bed have been implemented using an X-ray device, which greatly helped to identify the weak points in the bed and determine the amount of intervention needed to maintain it during the transfer process.