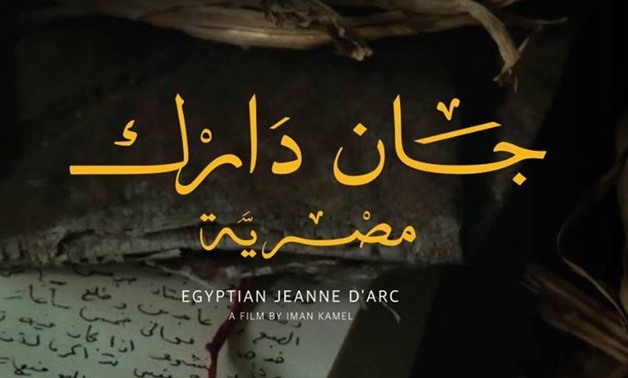 The MAD lineup at the festival includes; two feature films, “Only Men Go to the Grave” by director Abdulla Al Kaabi and “The Journey” by director Mohamed al-Daradji; two short films, “A Drowning Man” by director Mahdi Fleifel and “300 KM” by director Mohammed Alholayyil; and the documentary film “Egyptian Jeanne d'Arc” by director Iman Kamel, according to MAD Solutions.

MAD Solutions is the first independent Pan-Arab studio that fully integrates marketing and creative consulting in order to bolster the best of new talent in the Arab film industry.

The Sudan Independent Film Festival (SIFF) is one of the top cultural events in Sudan that sheds light on the independent portrayal of African culture. The festival screens various short films and documentaries from different countries.

Under the supervision of the festival, many experts with well established backgrounds in the global film industry will give workshops and seminars enriching Sudanese filmmakers with news directing skills.

“Egyptian Jeanne d'Arc” was nominated for the 2013 Arab-German Film Prize of the Robert Bosch Stiftung Foundation in Germany. The film was presented at pitching and co-production forums such as Africa Produce (Spain), and the Amiens Screenplay Development Fund (France).

The documentary discusses the experiences of Egyptian women following the January 2011 revolution through their defiant art forms. In the film, the director, Iman Kamel, is shown to find the diary of a fictional young Bedouin girl named Jehanne in the western deserts of Egypt. In the diary, Jehanne writes of wanting to break free of the restricting male-dominated world and become a dancer. Kamel sets out to find Jehanne by connecting with seven other female Egyptian artists.

“Only Men Go to the Grave” revolves around a woman who was about to tell her daughters a secret but died suddenly while revealing it. So they start to uncover the hidden story in the mother’s funeral with the help of a strange guest who delivers a shocking surprise. It is written and directed by Abdulla al-Kaabi as his debut feature film, starring Saleema Yaqoub and Heba Sabah amongst others.

“The Journey” is a drama film, revolves around the story of Sara who commits an absurd act that gives her the opportunity to reflect on the potential consequences of her action. Sara goes to Baghdad’s central train station with an evil plan in mind. Yet, her plan backfires and things get complicated in an extraordinary way.

The film is Directed by Mohamed Al Daradji, who also co-wrote and co-produced it with Isabelle Stead. It stars Zahraa Ghandour and Ameer Jbara amongst others . The film received grants from the Doha Film Institute and AFAC - The Arab Fund for Arts and Culture, as well as other remarkable international festivals.

“A Drowning Man” ,a comedy film that tells the story of a lonely kid who decides to explore a strange city and looks for ways to survive his daily life. He becomes Surrounded by predators which forced the child to make compromises he didn’t expect merely just to survive. It is Written and directed by Mahdi Fleifel and stars Atef Alshafei, Jalal Qaniry, among others.

As for “300 KM”, it is a short film that presents a conservative community where a man, woman and child are forced to travel together in a small car in a journey over a 300 kilometer long stretch of road. The film is written, directed and produced by Mohammed Alholayyil and stars Khaled Alsaqr, Zara Albalushi, and Ibrahim Alhajjaj. It won the Jury Award at Dubai International Film Festival (DIFF).