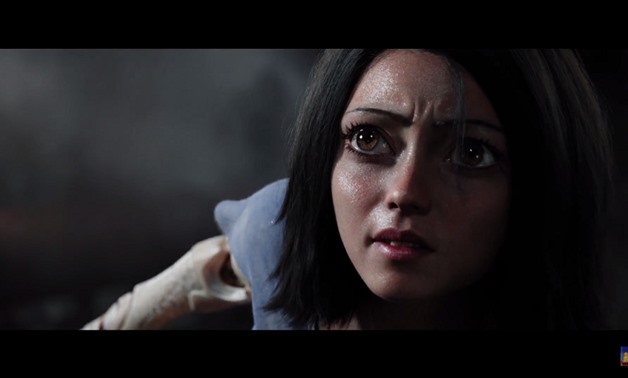 CAIRO – 9 December 2017: The trailer for the upcoming science-fiction action film “Alita: Battle Angel” has just been released, it is directed by Robert Rodriguez of “Spy Kids” and produced by James Cameron.

Adapted from a Japanese graphic novel by Yukito Kishiro titled “Gunnm”, the film stars Rosa Salazar as the titular Alita, an android recovered from a scrap-yard by Dr. Dyson Ido (Christopher Waltz). As she aims to recover her lost memories, Alita joins Ido working as a bounty hunter, and learns about her immense combat abilities, which could be the key to saving the corrupt world she lives in.

The film is shot digitally in a similar fashion to Cameron’s “Avatar”, mixing CGI with live-action to an almost uncanny extent.