Screen cap of Maya Deren from one of her films, November 29, 2017 - Facebook/cimathe

Born Eleanora Derenkowsky on April 29, 1917 in Ukraine, Deren and her parents fled the oppression of Russian Jews to America in 1922. An enigmatic and mysterious woman, Deren’s films were unlike anything else in cinema at the time, using quiet, meditative scenes to express a powerful atmosphere. Her interest in dance led her to Czech filmmaker Alexander Hammid, and working alongside him Deren debuted in 1943 with her surrealist short film “Meshes of the Afternoon”.

By Hammid’s suggestion, Deren changed her name to ‘Maya’, a word meaning ‘illusion’, highly fitting for the themes she portrayed in her work. “Meshes of the Afternoon” became one of the most influential films in the history of American experimental cinema, pioneering the USA’s avant-garde scene.

A year after the release of “Meshes”, Deren directed her first solo-film, “At Land”, where Deren also served as the central character. She portrayed a lone woman on the beach that explores various dream-like landscapes with the use of creative film editing, and eventually returns to the beach to watch a chess match take place, to which the players seem blind to her presence.

In 1947, Deren was the first filmmaker to win the Guggenheim grant for her films. That year also saw the start of her journey into Haiti, where she studied the local Voudoun culture until 1957. She released her book, “Divine Horsemen: The Living Gods of Haiti”, in 1953, but she never finished the film.

The selection of her films screening at Cimatheque are “Meshes of the Afternoon”, “At Land” and “Meditation on Violence”. 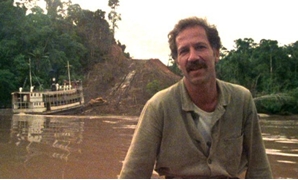