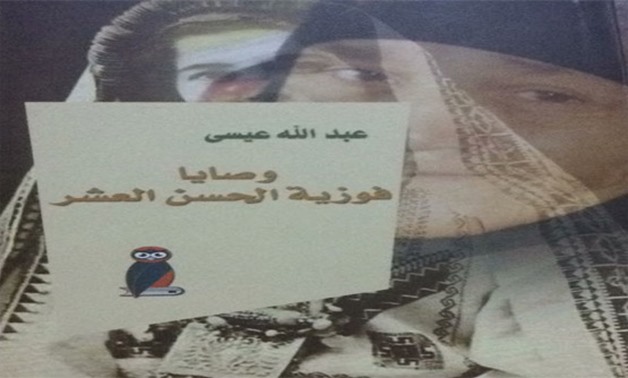 Issa was chosen among three international poets to be published in the “Poet’s Book of 2017” in the United States, issued by Inner Child Publishing House. In order to delve into the essence of Abdulla’s poems, we have to look into his background.

Born in Syria in the Yarmouk refugee camp near Damascus, Abdulla’s harsh days in the camp are reflected in his poem collection. We can see the reflection of this childhood, the proud scream, the pride and resolve, and the spirit of survival among the weak. Fawzeya Al Hassan is the poet’s mother, and he puts her ideas in his poems and his ideas on her tongue.

The commandments that she gives to her people include being themselves and unique in their love, loving the woman who did not fall for any other man, and avoiding being traditional in showing love, since many men can do that. For the one she loves, she gets out all the accumulated love experiences and feelings for the chosen man.

The collection showcases a spirit of resistance that is given in the form of stories from the elder generation to the younger ones. “The massacres, the struggles, the pain, the diasporas could not erase the Palestinian identity,” explained Issa. This is exactly what he intended to express when writing this last collection.

The spirit of Palestine is felt here. The relation between the Palestinians and their land is a very special one, as they won’t leave their home even in diaspora. Abdulla Issa was able to change the Palestinian case from a political struggle into a expression of raw human suffering. As he comes from Palestine, the author reflects Christianity in the poems, reflecting the theme of suffering here. One of his famous excerpts from the book is the poem “The Cross’s Sermon”, which reads:

The deep meaning is the constant loss. The poet expresses the voice of the marginalized, the simple people, those banned from the mercy of the modern world, those who don’t understand the guilt they committed to suffer constantly from birth to death. There is no explanation given for their misery, no meaning behind it, and by this point, they are no longer looking for one.

The whole collection features poems of the marginalized and those who do not really carry weight in the political life – the normal people, those who live and die without reaching fame or wealth or prizes; until the last poem named for Yasser Arafat.

Arafat, the godfather of the Palestinian revolution is a figure that cannot be forgotten. In spite of the political mistakes and his repeated failure in saving his people from misery, he still carried the responsibility of the Palestinian case – one of the hardest tasks that anyone can bear.

Abdulla Issa in his poem about Arafat mixes verses of the Qur’an regarding Jesus on the cross with Joseph’s story with his brothers and the wolf, expressing how eventually these two great figures end up victorious in either this lifetime or the next.

Arafat, in Issa’s poem, promises his people’s oppressors that he will return from the grave – from the afterlife – to haunt their lives and that of their grandson’s, and that he will not let them live in peace. Arafat for all the Palestinians will remain a symbol of heroism.