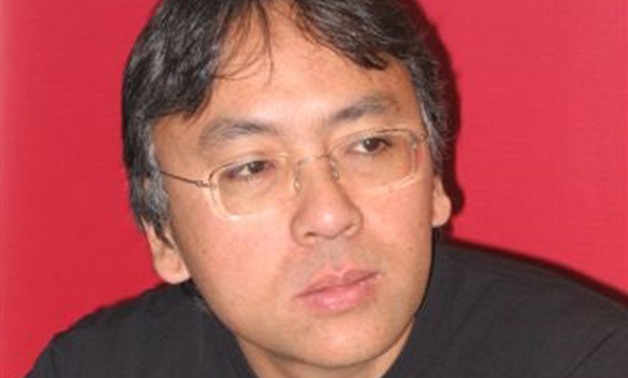 CAIRO – 7 October 2017: Kazuo Ishiguro is the proud owner of this year’s

, thanks to his novel’s themes great emotional power, his books having been adapted into several films.

Ishiguro was born in Nagasaki, Japan, on November 8, 1954, but his family quickly moved to England when he was only 6 years old. Despite this, Ishiguro stated that he considers his mindset and values firmly Japanese, as his parents raised him that way.

After studying creative writing at the University of East Anglia, Ishiguro began writing full time from 1982. His first published novel was that year’s “A Pale View of Hills,” about a Japanese widow living in England who looks back on her life, drawing parallels to the destruction and rebirth of Nagasaki. Ishiguro’s next book, 1983’s “An Artist of the Floating World,” followed an aging Japanese painter who must come to terms with his past in the military and his relationship to art.

While both novels were awarded the Winifred Holtby Memorial Prize and Whitbread Prize, respectively, it was his third novel, “The Remains of the Day,” published in 1986, which reached such acclaim that it even got adapted into a feature film.

Starring celebrated English actor Anthony Hopkins, the film follows a Butler whose loyalty to his master is challenged after he learns of his ties to Nazi Germany. Further complicating things, he begins to fall in love with the new housekeeper. The film was nominated for 8 Oscars, while the novel won the Booker Prize in 1989.

In 1995, Ishiguro came out with his most difficult and sprawling novel yet, “The Unconsoled.” A challenge for critics and the general reader alike, the plot of a celebrated pianist who finds his life quickly sprawling out of control in a dream-like way before the night of a performance received mixed reception, though it still managed to win the Cheltenham Prize that year.

Another of Ishiguro’s most renowned stories and the second to be adapted into a film is the peculiar science-fiction tale “Never Let Me Go,” published in 2005.

Set in a boarding school in an alternate-history England, the sci-fi story is narrated by a nurse who reminisces her time in boarding school, as it is gradually revealed that they are all clones created for the sole purpose of having their organs harvested at some point in their lives — a gruesome fate they are oddly accepting. The 2010 film adaptation featured Keira Knightley and Andrew Garfield.

Most recently, Ishiguro released a fantasy novel in 2015 titled “The Buried Giant,” which became a New York Times bestseller. Set in a medieval Britain where Ogres, Dragons and Pixies lurk, a couple braves the magical wilderness to find their son.