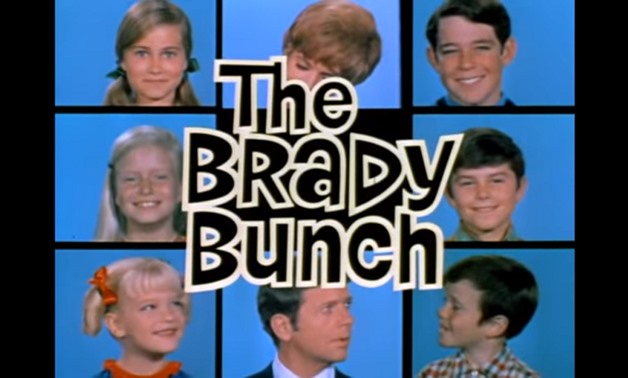 CAIRO – 26 September 2017: September 26 marks the premiere of the 1969 American sitcom "The Brady Bunch," which became a pop-culture staple despite poor reviews at the time. The show went on to spawn numerous movies and spinoffs.

The show was the brainchild of Sherwood Schwartz, best known for creating Gilligan’s Island. Inspired by a newspaper article on the number of families in the U.S. that had children from previous marriages, Schwartz started working on the idea that would eventually become the "Brady Bunch," which involved a blended family of a man with three sons marrying a woman with three daughters.

Together, they deal with getting to know each other’s children while juggling their own parenting as their kids enter their teenaged years, leading to plenty of hilarious antics. The show aired for five seasons across 177 episodes on ABC network until it finished on 1974, though that would not be the last time the "Brady Bunch" would grace TV.

Come 1977, an unauthorized spinoff of “The Brady Bunch” titled, "The Brady Bunch Hour," was produced, and featured most of the original cast in 81-hour comedic skits, which featured musical and dance performances. Then in 1981, came the first authorized “Brady Bunch” spinoff, "The Brady Brides," which involved daughters Marcia (McCormick) and Jan (Plumb) getting married and sharing a home with their new husbands. This show was the last time the original cast would all be together.

With 1988, “A Very Brady Christmas” came along, which became the highest-rated TV film of the year. It featured the whole Brady family reuniting for Christmas, their parents aged and the children all grown up with families of their own now. Having been such a success, Schwartz was contacted by CBS to produce a grown-up, more dramatic spinoff called “The Bradys,” set in the 90s and showing the lives of the Bradys as adults, living in a new generation. The show failed due to its timeslot however, and quickly faded into obscurity.

Paramount studios would produce a comedic parody of “The Brady Bunch” in 1995 with the film “The Brady Bunch Movie,” which transported the wholesome family values of the original show into the 90s, an era they are completely out of place in, as their neighbors threaten to sell their house. It was followed by a sequel, "A Very Brady Sequel," in 1996, which was then followed in 2002 by “The Brady Bunch in the White House,” though it was not as well-received as the first two movies.

Behind the scenes painted a very different picture of "The Brady Bunch," however. In 1992, the actor for Brady, son Greg (Williams) published a memoir titled Growing Up Brady: I Was a Teenage Greg , which aimed the light on some of the more unsavory elements that occurred behind the camera, such as off-screen romance, drug use and even a play-date between William and his Brady mother. The book was even adapted into a movie in 2000.

Though not much of a critical series when it first aired back in the 70s, the show’s constant syndication allowed it to worm its ways into the hearts of future generations, becoming a staple of American culture and an idealized, nostalgic reminder for a bygone era.