Prince Jackson: “I only reveal what I like to reveal” 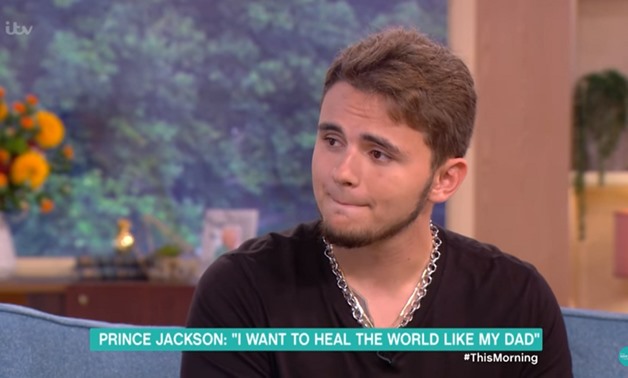 CAIRO – 5 September 2017: Michael Jackson’s eldest son Prince Jackson conducted an interview on Monday, September 4 with the English show, "This Morning," to discuss his life and career.

Interviews with the King of Pop’s eldest son are exceedingly rare, as Jackson has stated he values his privacy; a reason as to why he has not followed his father’s footsteps. It was in fact Michael’s idea for them to live a life of privacy, he told the hosts.

He was asked by the interviewer, Holly Willoughby, "Protecting your privacy was hugely important to him and we would see the images of you and your siblings with masks covering your face. How did he explain it to you? Or was that just so normal you didn't question it?"

To which he replied: "I'm a very private person and only reveal what I like to reveal. That's why I went into production. It's behind the camera," according to Lad Bible’s website.

Prince also spoke of his charity work, aiming to follow the legacy of his father and to bring kindness to the world.

Viewers of "This Morning" were utterly enamored with him, with numerous comments on social media praising Jackson for his soft-spoken nature and excellent interview skills, while also swooning over his good looks;

"I want to heal the world like my dad."