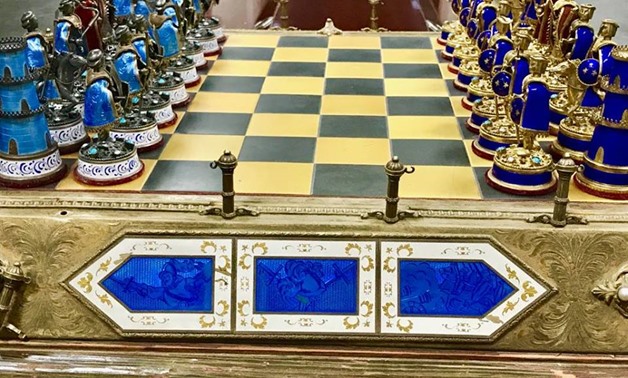 CAIRO – 4 September 2017: An antique chess set that belonged to former Iraqi dictator Saddam Hussein has been returned to Iraq by U.S. officials, after it was stolen back in 2003 during the war on Iraq.

The news was confirmed by the U.S. Embassy in Baghdad’s social media page, which posted photos of the valuable chess set. Members of the embassy met with Qais Rasheed, deputy minister of culture for antiquities & heritage affairs, in order to help return the artifact, which was recovered by the FBI.

After Hussein’s capture in December of 2003, his house was handed over to Iraqi authorities and later stripped bare, according to Newsweek. Understanding the value of the dictator’s household items, most were sold off to the black market as eras of a war-torn time.

It is still unknown who had stolen the chess set and where it was recovered.