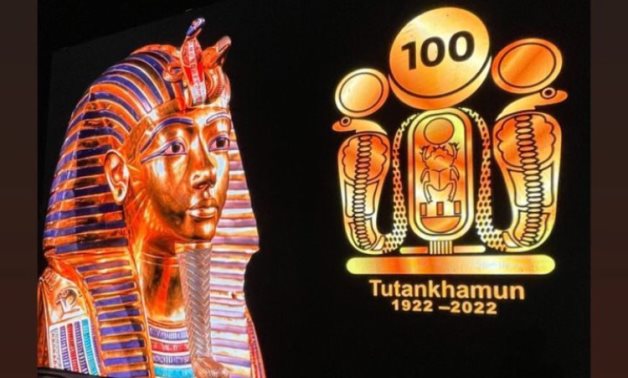 On November 4, Egyptian Ministry of Tourism and Antiquities organized a glamorous ceremony celebrating the Egyptologist Howard Carter's discovery of the golden king Tutankhamun’s tomb in the Valley of the Kings, which spurred renewed interest in Ancient Egypt and the marvels of Luxor. The first opera of its kind about the life of the most famous ancient Egyptian king  Tutankhamun will be premiered in front of Hatshepsut Temple on November 5.
The long awaited opera is written by famed Egyptian Egyptologist Zahi Hawass.
This unique opera is tailor made to celebrate the 100th anniversary of the discovery of the golden king Tut’s tomb.
Tutankhamun opera will continue for five days in front of the Temple of Hatshepsut.
King Tut opera was  written by Hawass in English and has been translated into Italian.
The opera will tackle  Tutankhamun’s childhood through an epic conflict between ancient Egyptian pharaohs and Kushite invaders.
The opera score was composed by the Italian composer Zamboni, also the cast and orchestra will house  Egyptian and Italian artists.
After the opera premiere, a dinner party will take place alongside a global conference to celebrate the 100th anniversary of the discovery of King Tut’s tomb.
The opera’s score is planned to be displayed at the Cairo Opera House as well as the opening ceremony of Grand Egyptian Museum.

Hawass has finished the script for Tutankhamun Opera.


Hawass added that November 4, 2022 will be the centenary of the discovery of Tutankhamun tomb, who is an important king to the whole world not to Egypt only.

Hawass stated that the DNA tests will reveal a lot of information about the death of Tutankhamun and that he will announce to the whole world how the golden king died.

Hawass said in a previous interview with Italia 1 Channel that the temporary exhibition of King Tutankhamun that was displayed at the Grande Halle La Villette in Paris broke the records of turnout of the French cultural exhibitions.

It was the most visited exhibition in France, where the total number of registered visitors so far has reached 1.5 million, as recounted by Hawass.