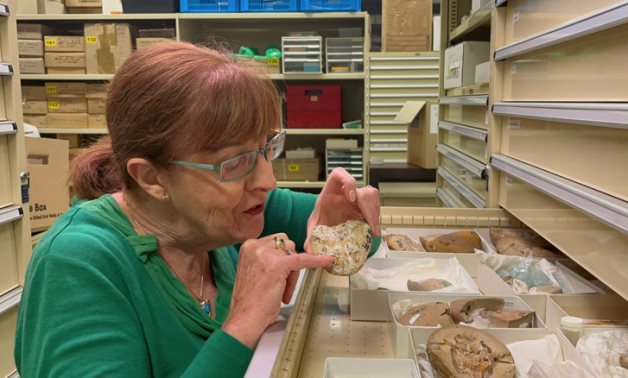 CAIRO – 21 September 2022: A mind-boggling and astonishing fossilized heart of 380 million years has been unearthed in Western Australia, preserved inside a now extinct prehistoric fish known as Gogo.

The Gogo Station fossil site near Kimberley contains unique minerals that they have "preserved" on the fossilized fish core, the oldest found so far.

The discovery of the fossilized heart of Gogo provided an important window to understanding the process of evolution, explaining the early development of body plans. The presence of a backbone on this jawed fish represents an evolutionary step toward a body plan that is not found in most animals that have a backbone, according to the ancient-origins website.

The fossilized heart of the Gogo fish was the subject of a detailed and comprehensive cohort study published in Science, led by Professor Kate Trinajstic, a paleontologist and evolutionary biologist at Curtin University, Western Australia. “Evolution is often seen as a series of small steps, but these ancient fossils suggest that there is an even bigger leap among the jawless vertebrates. These fish literally have their hearts in their mouths and under their gills - just like sharks do,” said Trinajstic.

Placoderm fish, such as Gogo, have been the dominant life form on Earth for 60 million years. They existed in the seas a full 100 million years before the first dinosaurs walked across the land.