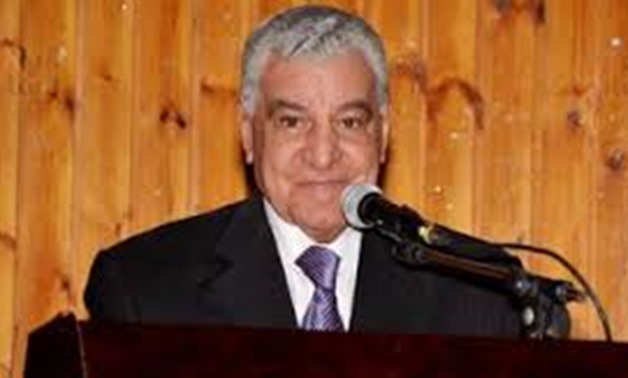 The lectures aimed at promoting Egypt as both touristic and investment destination.

Hawass discussed in the lectures the latest Egyptian archaeological discoveries, and extended an invitation to the whole world especially the Germans, to visit Egypt.

Under the title "You Ask & the Archaeologist Answers,"  Hawass, met with 30 talented students in the art of drawing from primary and middle schools in the Giza Pyramids’ Antiquities Area.

This comes within the framework of a series of meetings organized by the Ministry of Tourism and Antiquities for school students and archaeologists to shed light on the most important national projects in the field of tourism and antiquities. This aims at raising the students' awareness of the importance of preserving antiquities and the social responsibility towards these treasure.

Director General of the Cultural Development Department at the Office of the Minister of Tourism and Antiquities Rasha Kamal explained that this meeting is the first of a series of meetings that comes in light of the ministry’s plan to promote tourism and raise archaeological awareness among various segments of society, especially children. Kamal further pointed out that this visit was organized in cooperation with one of the plastic art academies in Egypt.

During his meeting with the students, Hawass highlighted the philosophy of building the Egyptian pyramids, the pyramids' importance in ancient Egyptian thought, and their current role in promoting tourism to Egypt. Hawass also spoke about the archaeological studies and discoveries he made to unveil the secrets of architecture in the ancient Egyptian civilization.

Moreover, Hawass tackled facts and information about the pyramids, and answered the students' questions.

After the meeting, an antiquities inspector took the students on a guided tour in the area.

Hawass is scheduled to give two lectures in Germany on the "Great Discoveries in Egypt" for tourism promotion during the cultural tourism event that will be organized in July by the Ministry of Tourism and Antiquities represented by the General Egyptian Authority for Tourism Promotion, in coordination with the Egyptian Embassy in Berlin. This comes in conjunction with the glorious July 23 Revolution Day.