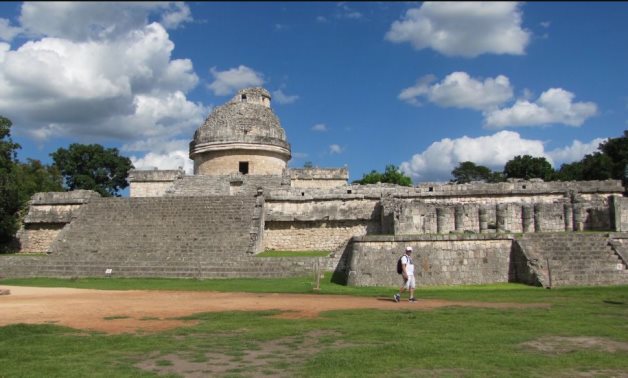 “The Observatory” at Chich'en Itza, the building where a Mayan astronomer would have worked. Photo Credit: GERARDO ALDANA

CAIRO – 13 June 2022: Archaeologists announced weeks ago that they had deciphered a 2,300-year-old Mayan inscription carrying a calendar format, proving it was in use for thousands of years by the Mayans who lived across southeastern Mexico and Central America.

The 260-day calendar is an engine that still spins within what was once a much larger machine of Mayan knowledge that includes a wide range of indigenous sciences, which divided the natural world and human existence into interlocking cycles of days. 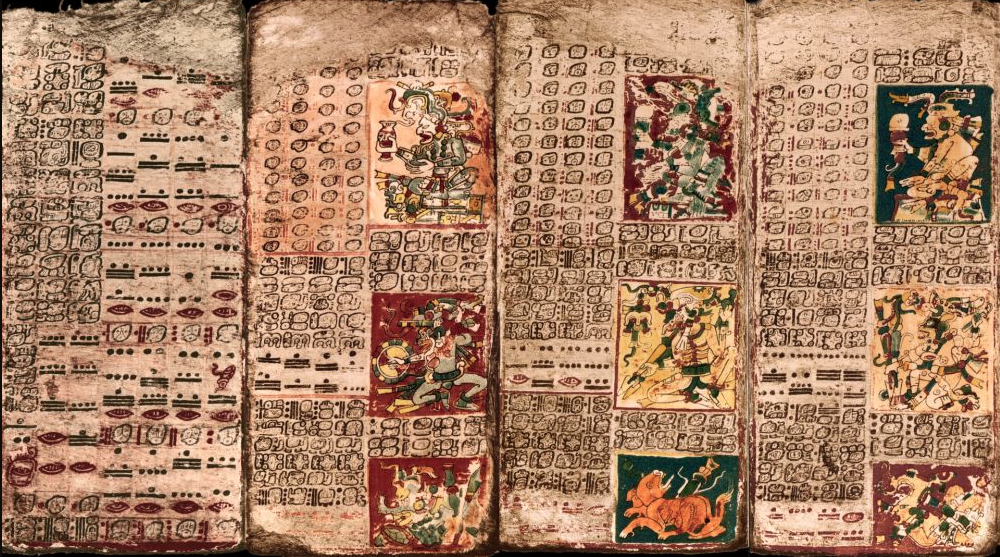 The Preface of the Venus Table of the Dresden Codex, first panel on left, and the first three pages of the Table

Mayan astronomers described the movements of the sun, moon, and planets with world-leading accuracy, for example, they tracked lunar eclipses.

In the 19th century, Western science began to absorb the development of Mayan knowledge, discovering a table of dates in a rare Mayan text that traces the movements of Venus in the 260-day calendar, according to Science. This discovery, or rediscovery, launched a wave of research still underway in Mayan astronomy, as researchers searched archaeological sites and Mayan texts in for references to the universe.

In the past few years, converging lines of evidence have been slowly recovering the clearest picture yet of the knowledge that the Mayans had about astronomy. Lidar surveys have identified vast ceremonial complexes buried under the forest and many appear to be geared toward astronomical phenomena. Archaeologists excavated what looks like an astronomers' workshop and identified images depicting individual astronomers.

After the arrival of the Spaniards in the 15th century AD, conquistadors set out to eradicate Mayan knowledge and culture, despite having been aware of some of the intricacies of Mayan culture, including the 260-day calendar. Priests burned Mayan texts, among which were accordion-folded books of bark paper called codices, drawn densely with illustrations and hieroglyphs.

“We found a great many books and since they did not contain anything in which the myths and lies of Satan are not seen, we burned them all. It is what we regret in an amazing degree, it has caused so much calamity,” wrote one of the priests in Yucatan.