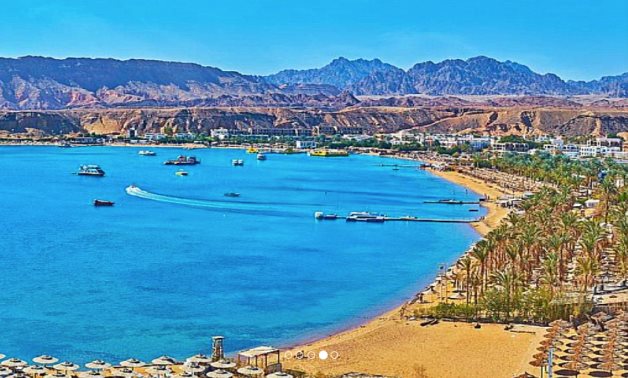 CAIRO – 26 April 2022: On April 25, Egypt’s North Sinai Governorate celebrated its National Day that falls on April 25 and coincides with the anniversary of the liberation of Sinai in 1982.

North Sinai possesses diverse tourism potentials due to its vast magical desert and picturesque beaches stretching on the Mediterranean Sea, as well as its abundant landmarks of high historical and religious value.

North Sinai houses many beaches that extend for 220 km along the Mediterranean coast. Its beaches are calm, embedded with soft sand and offer beautiful landscapes.

North Sinai also has a group of historical roads, including the Horus Military Road, on which the great kings of Egypt built castles and fortresses to provide the armies with supplies and equipment; the Holy Family Road; and the Islamic Conquest Road.

The ruins of a mud-brick fortress dating back to the New Kingdom were found in Tel el-Kharouba in North Sinai. It was on the Horus Military Road, and was one of the important centers providing armies with supplies.

In Bir al-Abed area, the remains of granaries from the 18th Dynasty were found. Meanwhile, the ruins of castles were found in Tel Habuwa, one of which dating back to the period of the Hyksos occupation of Egypt, and another dating back to the reign of King Seti I, father of the great King Ramses II.

South Sinai offers many environmental activities and a number of natural reserves, including El-Ahrash Reserve and Zaraniq Reserve, which is considered one of the main stations for the migration of birds from Central and Eastern Europe to Central East Africa. It is characterized by the presence of various types of pastoral and natural plants and herbs. It also houses the Sheikh Zuwayed Sabkha, which is an attraction for winter birds.

Additionally, the governorate is famous for handicrafts, camel races, folk food and folklore.

The governorate houses six hotel facilities with a capacity of 428 hotel rooms.