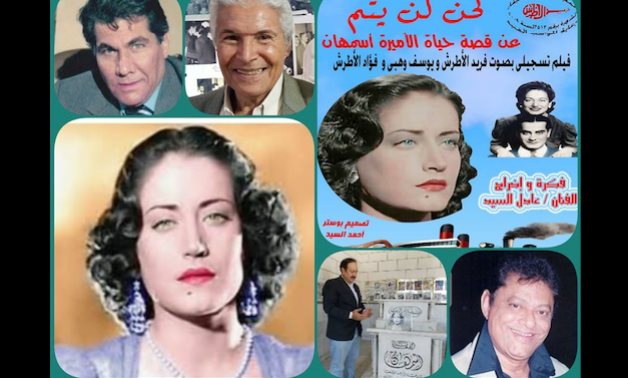 CAIRO – 11 July 2021: The Farid al-Atrash Fan Club, in cooperation with the General Authority for Culture Palaces, will commemorate legendary singer Asmahan on her death anniversary on July 15 at 7 p.m. at the Child Center for Civilization and Creativity of the Heliopolis Association.

The program of the ceremony includes the screening of a documentary film entitled "A Melody Not Completed" about Asmahan's life. After the screening, artists Saif Abdel Rahman, and Qais Abdel Fattah, art critic Zaki Mustafa, and director Mustafa el-Demerdash will speak about the film.

The celebratory program also includes the performance of an anthology of musical and lyrical compositions led by Maestro Mahmoud Farag, where a group of singers will perform.