Memory of the day: Egypt’s Al-Azhar Mosque opens for prayer in 971 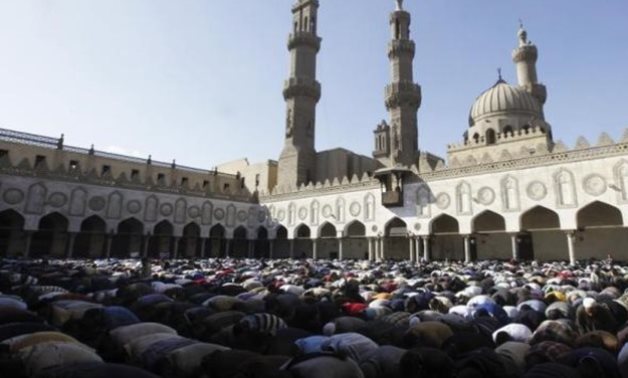 1986 - Argentine soccer player Diego Maradona scores a goal using his hand against England during the quarter-final match of the World Cup in Mexico.

Cairo’s historic Al-Azhar mosque was the first artistic architectural building constructed by the Fatimids, the Islamic dynasty that ruled Egypt, North Africa and parts of the Arabian Peninsula from the tenth to the twelfth centuries. Construction began in 972 A.D. which corresponds to the seventh day of Ramadan and was renovated 300 years later, according to a statement by the Egypt History website.


Egypt Today has tracked down the transformation of one of the most iconic places in Egypt through the years.


Previously called ‘Cairo’s Mosque,’ Al-Azhar was named after the Prophet Mohammed’s daughter Fatimah al-Zahraa. Historians have previously debated the reasons behind the Fatimid dynasty’s decision to build the mosque until they confirmed later that it was used to spread Shiite beliefs to the community.


Al-Azhar mosque was later turned into a university under the ruling of a senior Fatimid Islamic scholar Al-Aziz Billah. The university included 37 scholars who carried out religious teachings and dormitories to accommodate students.

After operating as an educational platform, Al-Azhar mosque was shut down in 1171 for 100 years under the auspices of the Ayyubid caliphate where Egyptians started to follow and practice Sunni teachings.


The historical mosque was later reopened by Mamluk Sultan al-Zaher Baybars in 1266 to replace Shiite practices with Sunni ones. Al-Azhar was first renovated following an earthquake in 1302.