‘The Sea Ahead’ movie to world Premiere at Cannes Film Festival 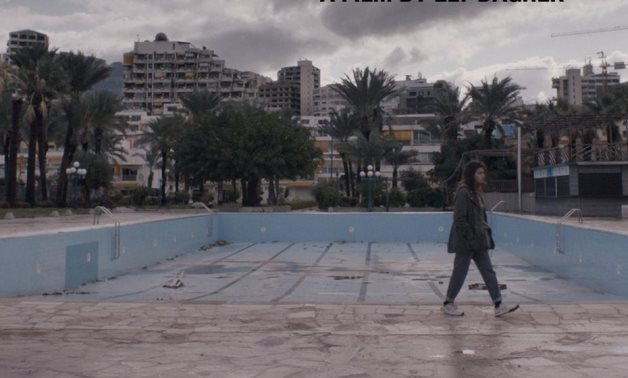 File: The Sea Ahead poster.

CAIRO - 12 June 2021: The Lebanese Film The Sea Ahead, by director Ely Dagher, will land its world premiere at the 74th Cannes Film Festival within The Directors' Fortnight section (7-17 July).  The film is the feature debut of Ely Dagher who previously won the Palm d’Or award for best short film, which was the first Lebanese film to ever receive this award.

The Sea Ahead received numerous awards during its development, including Best Film in Post-production at the Final Cut In Venice workshop; CineGouna platform’s award for best project in development phase; financial award from Drosos Foundation, in addition to grants from AFAC-Arab Funds For Arts and Culture, Doha Film Institute, Red Sea Fund among others.
After a long time gone, Jana, a young woman, suddenly returns to Beirut. She finds herself reconnecting with the familiar yet strange life she had once left.
Directed and written by Ely Dagher in his feature debut, The Sea Ahead stars, Manal Issa,
Yara Abou Haidar, Rabih El Zaher and Roger Azar. The film is produced by Andolfi (Arnaud Dommerc) in association with Beachside and co-produced by Abbout Productions; Wrong Men and Beaver and Beaver.
Born in 1985, Beirut- based Ely Dagher graduated with an MA in Contemporary Art Studies and New media from Goldsmiths College in London.
Ely Dagher is an artist/filmmaker working with different mediums and producing work that intertwines on different levels.
His work focuses on the layering and constructing of multiple narratives across film, painting and installation. Drawing from his upbringing in Lebanon and his current situation, his work explores the correlation and possibilities created through the play between cultures, histories and fiction.
Ely’s artworks function as an extension to his interrogations, joggling between different points of identification and visual structures, from surrealism, science fiction and the occult.
His latest short film Waves’98 (2015) was awarded the short film Palme D’Or at the 68th Cannes Film Festival. His films have been awarded at numerous international film festivals.