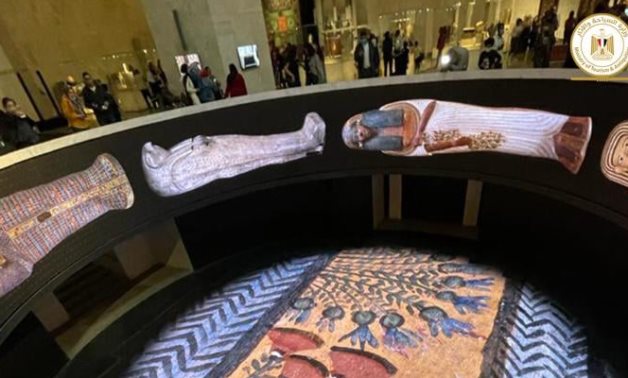 CAIRO – 15 April 2021: Ten days after the National Museum of Egyptian Civilization in Fustat received the royal mummies in a majestic parade, the museum restorers completed maintaining and preparing 14 mummies and placed them in two display boxes in the Mummies Hall, in preparation for receiving visitors on World Heritage Day which falls on April 18, 2021.

Head of the Museum's Restoration Department Manal Ghannam explained that recently, the restoration team dismantled a number of these mummies and sifted them from their nitrogen capsule.

Ghannam further explained that the restoration team then prepared the mummies in order to adjust to the new exhibiting environment that they will be exposed to in the museum according to the latest scientific methods, indicating that work of disassembly, dispersal, and preparation is underway for the rest of the mummies prior to placing them in their show-cases in the designated Mummies Hall.

She added that until now, the mummies of the kings Seqenenre Tao, Ramses II, III, IV, IX, Thutmose II and III, Amenhotep I and II, Seti I, Merenptah, Queen Hatshepsut and Queen Tiye have been prepared and displayed in their designated show-cases.