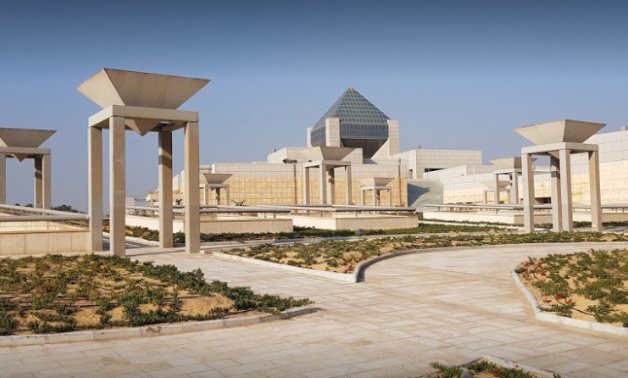 National Museum of Egyptian Civilization in Fustat - photo via A. Reza

CAIRO – 6 April 2021: The National Museum of Egyptian Civilization has attracted many visitors since its official opening on April 4.

A large number of Egyptian and foreign visitors were keen to visit the museum and see the pieces that are displayed in the Central Hall [Main Hall], which houses more than 1,600 artifacts.

One of the pieces that visitors were keen to take memorial photos with is a skeleton, one of the oldest skeletons discovered in the world, known as the "Nazlat Khater" Skeleton.

It is a human skeleton dating back more than 35,000 years BC. The skeleton is of great importance in studying the evolution of humankind.

The story began when the mission of the Belgian University of Leuven discovered it in the eighties of the last century in the village of the city of Tahta in Sohag.

The mission took the skeletal remains with it for restoration and study, but in 2015 Egypt succeeded in retrieving it.

It is now inside one of the world's largest museums, the National Museum of Egyptian Civilization.