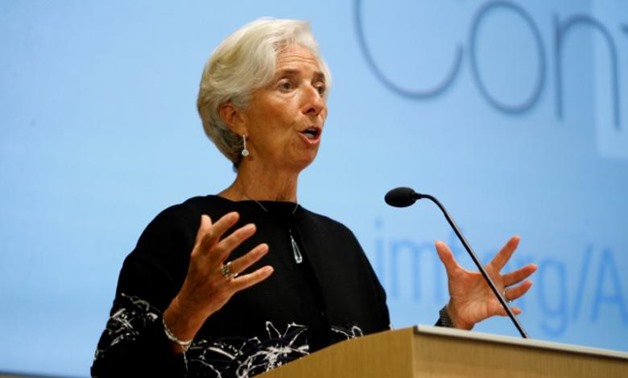 CAIRO, Dec 23 (MENA) - Managing Director of the International Monetary Fund (IMF) Christine Lagarde on Friday praised the progress made by the Egyptian government in implementing the economic reform program.

She expressed full confidence in measures taken by the Egyptian state and its keenness on full implementation of the program at high rates.

The two sides reviewed mutual cooperation aspects and means of enhancing them in a number of areas, as well as developments in the implementation of the Egyptian economic reform program.

Sisi expressed appreciation for the constructive cooperation between Egypt and the IMF to implement the comprehensive economic reform program, stressing the importance of continuing cooperation in this regard.

He stressed that the Egyptian people had a key role in the success of the country's efforts to implement the reform process, confirmed by positive indicators of the Egyptian economy and the improvement of Egypt's credit rating by international specialized institutions.