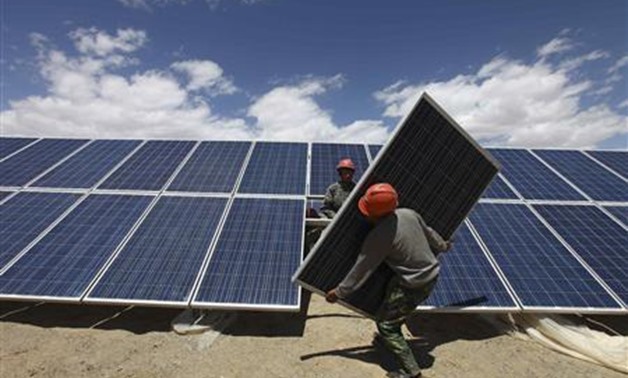 CAIRO – 5 August 2018: Financial analysts and organizations across the globe have recently commended and praised Egypt for its move towards producing high levels of renewable energy and aiming to have 42 percent of its electricity supplied using solar panels.

Most recently, U.S. Senator Bernie Sanders and former Democratic Party presidential nominee for the 2018 Presidential Election in the United States posted on his official Facebook profile, “While Trump is ending America's commitment to combatting climate change, Egypt is building the world's largest solar farm in the middle of the desert. This is the kind of revolutionary technology we should be taking advantage of to grow our economy and sustain our planet for future generations.”

Egypt has, according to officials, started on a path from the second-most polluted large city on the planet—Cairo—to an environment-friendly, solar-energy-producing country.

In similar vein, Benjamin Attia, a solar analyst with U.S.-based Wood Mackenzie, said, “This is a big deal. I can’t think of another example where so many big players have come together to fill the gap.” The gap he is refurring to in is the one that existed in Egypt in renewable energy.

On March 13 2018, the world witnessed the inauguration of the first of 32 stations in the world’s largest solar power station in Egypt.

Infinity station is set to be the first station in the Benban solar park to start operating on March 13, 2018.

Engineer Mohamed Amara, Project Manager of Infinity Station at Benban solar park, Aswan, told Egypt Today that there are currently some 650 workers at the station, which has started operating December 2017. Amara pointed out that the technological system used in the production of energy works to reduce the emission of carbon dioxide.