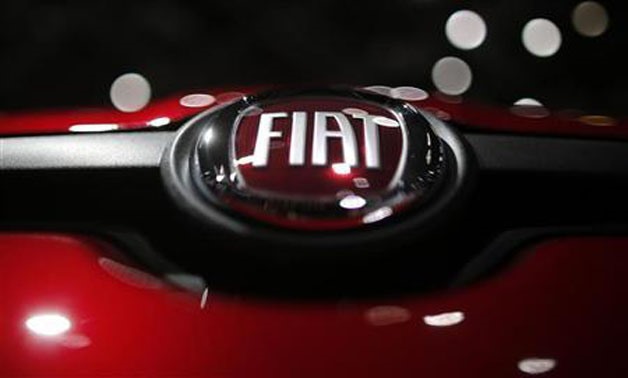 A company logo is seen on a Fiat car displayed on media day at the Paris Mondial de l'Automobile, September 28, 2012. REUTERS/Christian Hartmann

CAIRO – 28 March 2018: The Italian Fiat and German Volkswagen automakers are considering investing in the auto industry field in Egypt, according to Khaled Abdel Azim, executive director of the Federation of Egyptian Industries (FEI).

Abdel Azim added to a local newspaper that the two companies conducted meetings with the federation’s board last month to assess the local economy and its appropriateness to pump investments inside Egypt.

For Fiat, Abdel Azim said that the company is differentiating between Egypt, Morocco and South Africa in order to build a factory in one of them.

The two companies inquired about the ruling frameworks for investment in Egypt and the availability of feed industries, in addition to the announcement of the strategy of the automotive industry, Abdel Azim said.

Minister of Industry and Foreign Trade Tarek Kabil said earlier that an auto industry strategy will come to light early this year, clarifying that a consulting firm in Germany will formulate the strategic articles, in light of remarks made by Parliament and the Ministry of Industry.

Similarly, a delegation from French multinational group Renault conducted field trips to a number of local car assembly lines with the Egyptian International Motors Company (EIM) – their agents in Egypt – as a part of their studies to assemble some of their models in Egypt.

This news followed Kia Motors’ announcement of signing contracts with its local agents to assemble Kia cars in Egypt with an investment of LE 4.24 million ($240,238) during the upcoming five years.

Kayan Egypt also announced that the company could begin assembling SEAT cars locally by 2020, with expectations that assembling the car locally would lower its price from 25 to 30 percent.

Toyota started an assembly line in Egypt in 2012 by collecting vehicle parts for the Toyota Fortuner; while in 2017, Toyota launched a similar line of Fortuner at the Arab American Vehicles Co. with investments of $8.5 million.

The car industry in Egypt has about 170 companies, including 19 companies that manufacture and assemble cars of all kinds, including passenger cars, buses, micro and minibuses, and transport vehicles, while more than 150 companies engaged in the manufacture of a number of components of cars.

Local market volume reached 100,000 cars in 2017, 50 percent of which are locally produced, and the exports of the automotive sector and the feeder industries amounted to $700 million in 2017.

Meanwhile, Egypt postponed applying the decline of customs on cars assembled in the European Union to zero until 2020.