‘Proudly Made in Egypt’ label granted to 121 companies 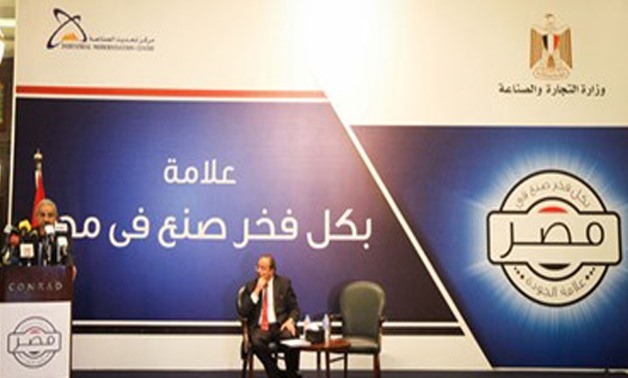 The launch of ‘Proudly Made in Egypt’ campaign - File photo

CAIRO – 5 August 2017: After one year of its inception, the “Proudly Made in Egypt” label was granted to 121 companies, chairman of the Industrial Modernization Center (IMC) Mohamed Taha said on Saturday.

The label is given to companies after a field inspection to ensure their adherence to certain production, quality and efficiency standards, Taha said, adding that if the company’s assessment exceeded 70 per cent, it gets the label.

Taha said 309 companies submitted their requests to the IMC, the body mandated with granting the trademark, and that 177 companies have been assessed, of which 121 companies were granted the label.

The rest, 36 companies, have been rejected for not meeting the required standards. Taha said that the IMC is providing these companies with a comprehensive report on why they did not get the label so that they can work on the shortfalls and later get the trademark.

The “Proudly Made in Egypt” campaign was launched in August 2016 to encourage Egyptians to rely on locally manufactured, high-quality products.

It aims at introducing consumers to Egyptian products that adhere to the high-quality standards, replacing imported goods.

The IMC has 19 branches in most governorates and industrial areas through which companies could submit their requests to get the label.

The campaign comes as part of Egypt Vision 2030, which aims at increasing the annual industrial growth to 10 percent by 2020.