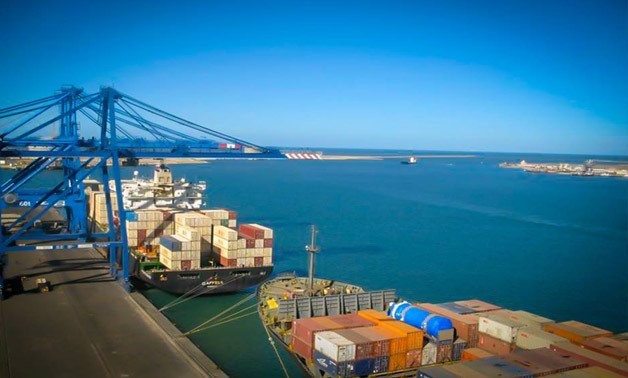 CAIRO – 8 December 2021: An investment boom has been witnessed in the transport sector in Egypt during the current fiscal year 21/22, where the total investments hit L.E. 244.7 billion.

The sector has achieved a high growth rate of 104 percent, which is more than double the investments of the previous year 20/21.

This comes in light of the ambitious plan to support the infrastructure and develop the performance of transport activities of all kinds.

A total of 3.540 billion pounds have been allocated for the Damietta Port, which comes at the forefront of the Egyptian ports, which the Ministry of Transport began to develop due to the port’s unique location.

It is located at a distance of about 23 nautical miles from the northern entrance of the Suez Canal, which is a major advantage for ships transiting the Suez Canal, in addition to its capabilities and capabilities that qualify it to become the first Egyptian commercial port.

According to the economic and social development plan, investments are concentrated in the implementation of some important projects, most notably the completion of the construction of the second container terminal with a capacity of 4.5 million TEUs with berth lengths of 1970 meters, a depth of 18 meters and a back yard of 910 thousand meters, in addition to the completion of the construction of a western breakwater with a length of 3600 meters and the establishment of an extension to the eastern breakwater 565 m in length.

The plan also aims to complete the deepening of the navigation corridor and turnover basin to 18 m, complete the construction and supply of 4 marine tugs, tractors system, tensile strength (60) meters, in addition to supplying a number of complete buoys with installation equipment, navigation lanterns, day signs and radar reflectors, and the supply and installation of a working electric power station. Solar powered over the customer service building with a capacity of 100 kW.

On the parliamentary side, the Transport and Communications Committee of the House of Representatives, recommended the speedy completion of the container terminal projects and the logistics area in the port to serve oil and natural gas discoveries in the region, because of their great economic return on the port’s revenues.

The committee indicated that the transport sector was one of the first sectors that managed during last year’s budget to exceed all expectations in achieving a growth rate of about 3.8 percent, which is confirmed by the volume of projects that were implemented in parallel in all transport sectors, which was reflected in many other sectors in the way we can say With him, the growth and prosperity achieved in this sector extended to include all other sectors.