By: Walaa Ali
CAIRO - 19 February 2020: Minister of International Cooperation Ranya al-Mashat said on Tuesday that women represent about 21 percent of the workforce and contribute about 18 percent to the gross domestic product of the Middle East and North Africa.

Mashat's remarks came during her speech at the "Empowering Women Entrepreneurs" session that was held in Dubai as part of the World Woman Forum 2020, organized by Dubai Women’s Foundation and attended by representatives of 87 countries.

“In Egypt, we have around 48 million women, of which 23 million are actually supporting families. Through public private partnerships (PPP), we are reducing the financing gap, fostering more inclusion and engaging in constructive dialogues on the advancement of women,” She said.

“We also have to elevate the narrative, with women success stories becoming an ever needed prominent feature of the public conversation, as they provide open doors for others and push participation. Today, 25 percentof Egypt’s Cabinet members and 19 percentof Parliament members are women. The government exerts increasing efforts to politically, economically and socially empower women, to deliver Egypt’s 2030 vision,” Mashat added.

During the minister’s speech, she stressed on the importance of achieving financial inclusion, working to increase MSMEs and establishing strong partnerships between the government and the private sector in the Middle East and North Africa region.

She also added that the Central Bank of Egypt launched a number of initiatives to promote women’s financial inclusion by signing MoUs with the National Council for Women to determine initiatives that are matched with the objectives of the National Strategy for Empowering Egyptian woman 2030.

Mashat stressed that the economic, social and political empowerment ofwomen in Egypt became a national priority for the Egyptian government.

The forum discussed policies and initiatives that possess a positive impact on women and ways to increase women's social and economic participation, especially in the entrepreneurial sector.

Ivanka Trump, adviser to the US president; and a number of heads of international financial institutions headed by David Malpas, president of the World Bank Group; and Crystalina Georgieva, director-general of the International Monetary Fund, delivered a speech during 60 discussion sessions of the forum.

Mashat also presented the efforts of Egypt in empowering women politically, economically and socially in various fields, as Egypt is one of the first countries to prepare a strategy for empowering women, which was launched by President Abdel Fatah al-Sisi in 2017 to make women a basic partner in a strategy for sustainable development by 2030. 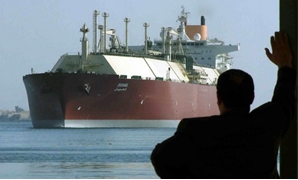