By: Egypt Today staff
CAIRO - 10 February 2020: The House of Representatives primarily approved in the plenary session on Monday the “Terror Lists” draft amendments which had been passed by the Defense and National Security Committee then by the Committee of Constitutional and Legislative Affairs.

The amendments were put forward by the government to law no.8/2015 on regulating the lists of terrorist entities and terrorists.

Speaker Ali Abdel Aal said that the amendments are taking place in time where Egypt is combating terrorism and that the law has a temporary preventive nature as they apply on individuals and entities before a court sentence is issued. He clarified that such measures have been imposed by the danger of the terrorism phenomenon and that the law matches international standards in principle.

The draft is submitted to the State Council for consultation before the final vote takes place in the next plenary session.

The draft amendments provide, “The terrorist entity is any association, organization, group, society, cell, company, union or other, regardless of its legal or real status, that practices or has as purpose calling - by any means internally or abroad - for :

occupying and taking over them;

cutting the road of public and private vehicles or exposing them to danger;

exposing the society’s security, interests or safety to danger;
suspending the provisions of the constitution and laws;

The House of Representatives discarded from the amendments presented by the government that “TV channels” can be classified as terror entities, if they call for the violations stated in the draft.

The parliament has also modified certain provisions in the draft. A case in point is temporarily suspending public workers charged with terrorism and paying half their salary until a final ruling is issued. The draft submitted by the government provided that public employees shall be terminated once charged of terrorism. The parliament’s reason for rejecting such provision is that the law is about preventive measures taken before and during prosecution so that terrorism charges shall not incur permanent consequences. 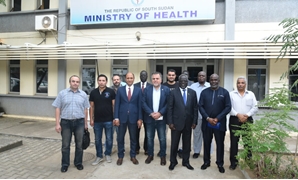