The announcement came during the extraordinary meeting at the level of foreign ministers of the member states of the OIC in Saudi Arabia's Jeddah, few days after US President Donald Trump revealed the details of his plan which allows Israel to annex the West Bank settlements and is highly-welcome by the Israeli side.

The OIC reaffirmed its support for the Palestinian people in its struggle to restore its legitimate rights, including the establishment of its sovereign and independent state with East Jerusalem as its capital.

Palestinian Foreign Minister Riyad Al-Malki earlier during the meeting reiterated rejection of Trump's peace plan as talks to reach that deal did not involve the Palestinian side.

Maliki described the plan as unilateral, unacceptable and biased towards the Israeli side, saying it would eliminate all opportunities for peace, end the aspiration of the Palestinian people to establish its independent and sovereign state. 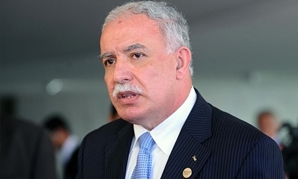