By: Noha El Tawil
CAIRO - 19 January 2020: Berlin conference on Libya Kicked off Sunday with the aim of concluding a truce between warring parties and paving the way for reconstruction under an elected civilian government.

Germany had earlier declared that the countries taking part in the conference include the United States, Russia, China, France, Italy, United Kingdom, Turkey, and others. The Tunisian president declined the invitation to attend the conference because it was late. The Tusinisian Armed Forces stated on Saturday that drones were flying on the Libyan side of shared borders, and that the Air Force is ready to down them if they enter Tusnisian airspace.

TASS acquired Saturday draft conclusions focusing on six “baskets” that are the termination of all military movements in support of warring parties; establishment of unified security agencies, enforcement of UNSC sanctions against violators; creation of an International Follow-Up Committee (IFC); declaration of a truce and militias dismantling; and launching of a reconstruction program.

Spokesperson of the Libyan National Army (LNA) Ahmed al-Mesmary announced on the same day that Libyan tribes and people had shut down oil fields and ports as the revenues have been used by GNA to pay for foreign fighters. 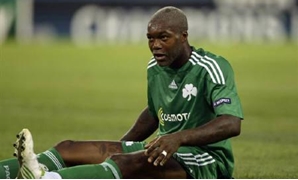