By: Egypt Today staff
CAIRO - 24 December 2019: “Some countries want to damage the relations between China, and the Arab and Islamic worlds as well as Egypt,” Chinese Ambassador to Cairo Liao Liqiang stated in a press conference held on Monday to respond to reports on alleged torture of Uighur Muslims in China.

The ambassador clarified that the photos circulating on the web date back to 2004 and feature individuals who are not Muslims and who belong to an extremist organization. Liqiang described “the diffusion of rumors on the web as ugly and malicious” referring to the use of rumors amid the Arab Spring and asserting his certainty that “Egyptian friends” are quite acquainted with such “mechanisms.”

The ambassador questioned the timing of the spread of such photos explaining that some groups are designated as terrorist by the United Nations like East Turkestan Independence Movement, which had carried out many terror operations. Liqiang added that what is happening is deliberate and is aimed at destabilizing China, crippling its growth, and provoking sectarian strife.

“Some individuals from Xinjiang launched terror attacks in Beijing. As a consequence, the authorities took some measures to improve their conditions and create job opportunities for them with the aim of eliminating extremism. By the end of 2018, more than 70 delegates from international institutions, governments, and media visited the region and they all praised how it has become,” the ambassador stated.

Commenting on the Tweet of Arsenal footballer Mesut Ozil, the Chinese ambassador commented that Xinjiang is part of China and that there is no state that is called East Turkestan or Eastern Turkestan. “His information is flawed. We welcome him to visit the region to witness by himself the status of its dwellers so he would not derive his information from Western media that do not report the truth.” Liqiang asserted that the Uighur ethnicity is one of the Chinese ethnicities.

Liqiang added that China has 10 ethnicities whose religion is Islam and that Uighur is one of them. Xinjiang also houses 24,000 Mosques and that is the equivalent of a mosque for every 500 Muslims in the region.

The ambassador added that China is committed to humanity principles giving the example of its stance on the Palestinian Cause. China always stresses achieving peace without intervention or power imposition, Liqiang underlined affirming that his state has never inflicted torture or practiced discrimination against any social segment whether Muslims, Christians, Budhists or others. He added that his country always pursues dialogue and not force.

The ambassador asserted the friendship ties between the Chinese and Egyptian peoples, and that around half a million Chinese citizens gathered in Beijing decades ago to express their solidarity with the Egyptian people to restore their rights in the Suez Canal calling upon Egyptians to seek the truth and not get deluded by rumors.

On December 4, the U.S. House of Representatives passed the Uighur bill requiring the president to condemn the alleged abuses, call for the closure of mass detention camps Xinjiang, and impose sanctions on Xinjiang Communist Party Secretary Chen Quanguo. In response, Chinese Foreign Ministry Spokeswoman Hua Chunying urged the United States to “immediately correct its mistake, stop the above bill on Xinjiang from becoming law, and stop using Xinjiang as a way to interfere in China’s domestic affairs,” as reported by the Washington Post.

Chunying described the allegations as baseless stressing that China is home to around 200 million citizens adopting different religions including 10 million Muslims and 380,000 clerics. The number of religious groups is 5,500 while that of religious establishments is 140,000. 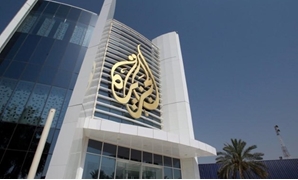