Mourners carry the coffin during the funeral of a demonstrator who was killed at an anti-government protest overnight in Najaf, Iraq November 29, 2019. REUTERS/Alaa al-Marjani

By: MENA
NEW YORK - 29 November 2019:Secretary General António Guterres expressed his concerns over reports of the continued use of live ammunition against demonstrators in Iraq, which has led to a rising number of deaths and injuries, including yesterday in Nasiriyah.

The UN chief urged all actors to refrain from violence and to engage in peaceful and meaningful dialogue for the benefit of Iraq and the Iraqi people, said a statement released by the UN.

Guterres reiterated his call on the Iraqi authorities to exercise maximum restraint, protect the lives of demonstrators, respect the rights to freedom of expression and assembly, and swiftly to investigate all acts of violence.

He also reminded the Iraqi authorities of their obligation to protect diplomatic and consular facilities and personnel, as well as public and private property 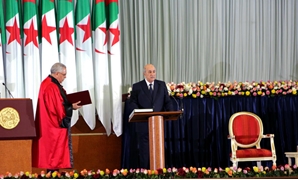