By: Egypt Today staff
CAIRO – 28 November 2019: A Cairo court handed down Thursday imprisonment sentences of 3-10 years to 43 convicts over charges of killing, sabotaging, and vandalizing sacred worshipping places in the case dubbed in media as “Fath Mosque trial”.

"Only five defendants were acquitted of the above-mentioned charges," the court presided by Judge Shebeib al-Damarani, said.

In 2017, Cairo Criminal Court issued life imprisonment sentences to 43 persons accused of the clashes at al-Fath Mosque after the dispersal of the Rabaa sit-in in 2013 and acquitted 52 of the accused.

A totel of 387 members of the Muslim Brotherhood were accused of desecrating, destroying and barricading al-Fath Mosque to cause chaos, bully and vandalize public and private facilities; they were also charged with the acquisition of weapons.

On August 17, 2013, Egypt’s security forces had surrounded al-Fath Mosque, inside which, a few hundred supporters of late ousted President Mohamed Morsi were hiding, including Muslim Brotherhood supporters who used the mosque to protest against ousting Morsi. 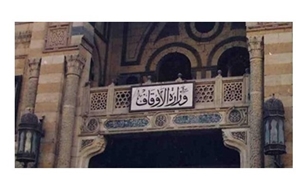 Retrial of former interior minister to kick off May 5