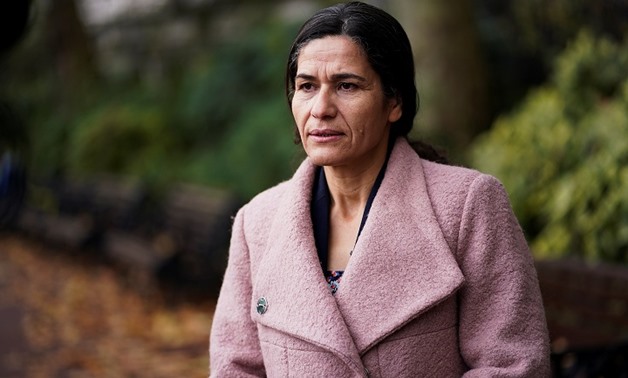 The President of the Executive Committee of the Syrian Democratic Council Ilham Ahmed, poses for a portrait in central London, Britain, November 8, 2019. REUTERS/Henry Nicholls

By: Egypt Today staff
CAIRO – 9 November 2019: Ilham Ahmed, a Kurdish political leader and co-chair of the Syrian Democratic Council (SDC) executive, said in an interview with Reuters on Saturday that the European Union could face a wave of returning battle-hardened Islamic State (IS) fighters from Syria unless it gets much tougher with Turkey.

"The threat is very big due to the arbitrary way in which the United States has withdrawn. This has allowed many (Islamic State) members to escape and they will make their way back to their countries to continue their terrorist activities."

"This poses a big threat to Britain and to Europe in general," Ahmed added.

A tumult created by the U.S. withdrawal and the Turkish offensive into Syria mean that captured IS fighters could escape and travel to Europe.

She further called on Europe to deploy troops to secure the Syrian-Turkish border and prevent fighters crossing, and to cease all arms sales to Turkey. "Our people are being killed by European weapons," she said.

Turkey views the Kurdish YPG militia as a terrorist organization because of its links to Kurdish militants in southeastern Turkey. The SDC is the political wing of the Syrian Democratic Forces, of which the YPG is the main component.

The Kurds are mainly Sunni Muslims who speak a language related to Farsi and live in a mountainous region straddling the borders of Armenia, Iraq, Iran, Syria and Turkey. They have never obtained a permanent nation state.

Ahmed also said the West should investigate Turkey's alleged use of chemical weapons against the Kurds. She called on Europe to ensure Ankara was held responsible for what she said were Turkish war crimes during its offensive.

"EU-candidate Turkey is not the same Turkey you think you know - it is now a radical Islamist state and you, Europe, should understand that," Ahmed said, adding that the EU should cut off accession talks with Turkey and scrap any trade deals.

"Turkey needs to be afraid and it is not right now," Ahmed said, adding that top-level IS militants had found refuge in Turkish-controlled areas of northern Syria.