By: Egypt Today staff
CAIRO - 29 September 2019: No country has the right to deprive any other state from water or to break agreements with it even in case of war between the two countries, said United Nations General Assembly Tijjani Muhammad in his meeting with Egyptian businessman and Honorary President of the Euro-Mediterranean Parliament Assembly (EMPA) Mohamed Abou el-Enein on Saturday.

“Water is a human right [...] this problem must be solved through negotiation,” Tijjani said in the meeting, which was attended by a number of EMPA members. He affirmed that finding a solution to the current dispute between Egypt, Sudan, and Ethiopia on the Grand Ethiopian Renaissance Dam (GERD) will be on his agenda’s priority, saying that he will be on contact with Ethiopia, sudan and Egypt to reach a diplomatic solution.

With leaders of the international community President Abdel Fatah al-Sisi has tackled the crisis of disagreement between Egypt and Ethiopia and its threat to the Egyptians, said Abou el-Enein,

“Egypt is not against Ethiopia over building the Renaissance dam and the president pays more attention to strengthen the Egyptian relations with the African countries, “ Abou el-Einein said.

“Entering the phase of filling the dam, unilaterally by Ethiopia, and without reaching agreements or regulatory framework with the participation of the three countries, Egypt, Sudan and Ethiopia, is a dangerous indicator,” he added. 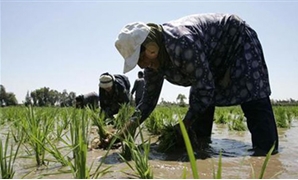