Pompeo has Tweeted against Tehran’s “lack of cooperation” with the International Atomic Energy Agency (IAEA).

“This fits into Iran’s 40-year pattern of lies,” Pompeo tweeted.

“The world won’t fall for it,” Pompeo said. “We will deny the regime all paths to a nuclear weapon.”

Pompeo’s Twitter statement came as Washington continues attempts to get other countries to increase pressure on Iran ahead of the 2019 United Nations General Assembly session.

Shortly after Pompeo’s tweets, he told reporters it was possible that President Donald Trump could meet with Iranian President Hassan Rohani "with no preconditions" on the sidelines of the UN gathering, which starts on September 23.

A recent IAEA report suggest Tehran has not been as forthcoming as hoped when responding to questions from IAEA inspectors.

Amid the questions raised about the warehouse, Iran has announced that plans to use more advanced centrifuges than allowed under its nuclear deal with world powers.

The IAEA has confirmed the installation of new centrifuges and said they have been prepared for testing.

Iran has already surpassed the limits set in the 2015 nuclear accord about enrichment purity and stockpiles of enriched uranium.

Trump withdrew the United States from the nuclear deal in 2018 and has reimposed crippling economic sanctions against Tehran. 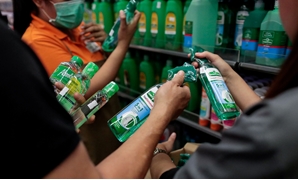