By: Egypt Today staff
CAIRO – 15 July 2019: Hundreds of residents of the Libyan city, Benghazi, protested against the “blatant interference” by Turkey in the Libyan affairs.

Pictures of protesters carrying pro-Libyan National Army (LNA) banners, and calling for the unity of their country spread in several media outlets.

Protesters demanded Turkey to stop supporting the forces affiliated with the Government National Accord (GNA) with weapons, arguing it “helps militias strengthen their control on Tripoli.”

A number of Libyan lawmakers, currently meeting in Egypt as part of the Cairo-sponsored discussions between Libyan factions, have called for Egypt to combat the Turkish intervention in Tripoli.

During a Cairo-hosted conference for Libyan powers last month, former Libyan Interior Minister Saleh Ragab accused Turkey and Qatar of smuggling weapons to terrorist groups and militia in Libya to keep fighting against the Libyan National Army (LNA) in Tripoli.

The evolution of the Turkish logistic support of militias in Libya has been discussed in a press statement by the Libyan National Army, referring to the “[Turkish] use of military aircrafts to transport mercenaries, as well as ships carrying weapons, armored vehicles and ammunition to support terrorism in Libya.”

Aguila Saleh, the president of the Libyan House of Representatives since 2014, has recently announced a state of mobilization and alert across the Libyan territories in response to the Turkish threats to Libya.


Libya has been inundated with civil war since the 2011 uprising that overthrew former Libyan longtime ruler Moammer el-Ghaddafi. The country has been at the center of the world’s attention for its importance as a major conduit for African migrants and refugees fleeing to Europe.

There have been several international and regional attempts to achieve stability and peace in the country that has witnessed prolonged conflict among rivals controlling different parts of it.

Based in Tobruk is the Libyan National Army (LNA) led by Field Marshal Khalifa Haftar, which controls the east and much of the south of Libya, and is spearheading a campaign towards Tripoli.

In 2015, a UN-brokered agreement has installed the Government of National Accord (GNA) led by Fayez el-Sarraj in Tripoli. 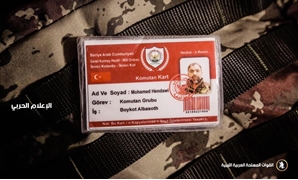