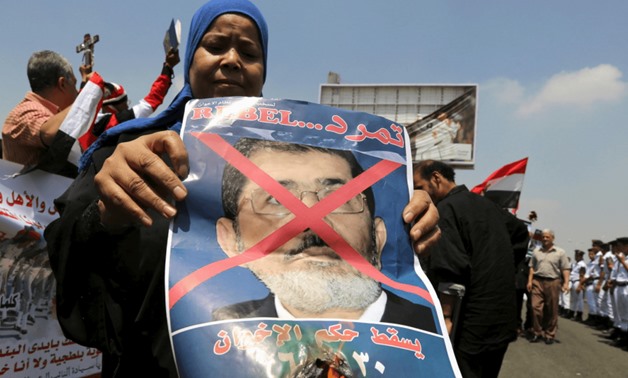 A woman burns a portrait of ousted President Mohamed Morsi at the funeral of Egyptian public prosecutor Hisham Barakat, on the second anniversary of the June 30 protests, in Cairo, Egypt, June 30, 2015.

By: Amr Mohamed Kandil
CAIRO - 30 June 2019: A year after millions of Egyptians headed to polling stations to vote for former President Mohamed Morsi in 2012, millions including former Morsi supporters took to the streets on June 30, 2013, calling on him to “leave” his post.

Protesters considered Morsi, who died in June this year reportedly of a heart attack, a puppet controlled by the Muslim Brotherhood group that he has joined since 1979, complaining that the MB group is the actual ruler. The MB was not hated by all youth following the January revolution in 2011, as many of the Egyptian youth did not the history of the MB. The group was almost silenced by ousted President Hosni Mubarak during his thirty-year term.

Along Morsi’s presidential term, many people arguably suffered from the obvious lack of inner security and crucial decisions, and always complained about neglecting the demands of the opposition, alleging that Morsi prioritized his supporters and the group he belongs to.

“Although I was imprisoned when it was announced that we would not run for president, but I agreed with [the decision],” Khairat al-Shater, deputy supreme guide of the MB group at the time, told al-Shorouk in an interview in 2011.

Shater claimed in the interview that the military institution said that it was delighted by the MB's decision not to run for presidency or seek the majority of seats in the Parliament.

Presidential candidates are used to giving exaggerated promises. More promises can give a candidate, in many cases, better chances.

Following the January revolution, Egyptians were desperate for change, development, freedom and security. Morsi thought he would satisfy people by promising them to solve problems concerning fuel, traffic, security and bread in 100 days. However, many people complained that Morsi failed to fulfill his promise.

In the second anniversary of the January revolution in 2013, people demonstrated around Al-Ittihadeya Presidential palace, in a sign of dissatisfaction with Morsi’s accomplishments during the first six months of his term.

Amid mass protests, people were shocked by masked men in black joining them, and trying to turn the peaceful demonstrations into violent ones. The masked men dubbed “The Black Block” reportedly tried to remove the barbed wire atop one of the palace’s walls and threw Molotov cocktail at the wall.

Members of the “Black Block” have then appeared in many occasions blocking main roads and metro lines for a considerable time without immediate response from the authorities. The group has also issued a number of statements citing violence and damage.

Many people considered it too funny to hear that one of the Republican Guard’s vehicle tasked with securing Morsi was stolen from in front of his house in Zagazig city.

Hundreds of thousands of people during Morsi’s term had patiently waited every Friday for “Al-Bernameg” satirical program introduced by Bassem Youssef, a media critic who was loved by Egyptians. Youssef had dedicated almost all the content to mock decisions, actions and statements of Morsi and other Muslim Brotherhood members and supporters.

Although Yusuf said in a seminar hosted by the American University in Cairo that he wants Morsi to complete his term despite his objection to his policy, he then promoted for the June 30 revolution on Al-Bernameg and interviewed celebrities who were in favor of protesting against Morsi to force him to leave.

To many people there was nothing wrong with Al-Bernameg’s “merciless” bias due to the program’s satirical nature. However many others, including the brotherhood members, thought that private newspapers, which should not mainly be biased, were very biased to the opposition against the MB group and Morsi.

Although many news articles seemed biased, yet many of them in fact were real. However, they were seen to be exaggerated. Perhaps the “unbridled” freedom granted to the newspapers encouraged many reporters to write everything REAL against the president as such news would be consistent with the public opinion. This probability might be valid as the ultimate goal of private newspapers is to make profit. 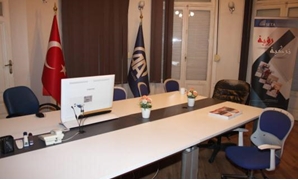