By: MENA
MECCA - 1 June 2019: Saudi Arabia's Minister of State for Foreign Affairs, Adel al Jubeir asserted that Mecca's three Gulf, Arab and Islamic summits are a clear message that rejects sabotage and terrorist attacks carried out by Iran against oil ships and facilities in the UAE and Saudi Arabia.

Arab, Gulf and Muslims countries will never tolerate such hostile acts, al Jubeir said during a press conference after the summits.

The world is coming to the conclusion of the need to press Iran to comply with international law and to act as a country rather than a revolution, al Jubeir was quoted by Al Arabiya channel as saying.

“I think the world is coming to the conclusion and the realization of the importance of pressing Iran to comply with international law and to act as a country rather than a revolution, and abandon the principle of exporting the revolution which is enshrined in its constitution,” al-Jubeir said.

Asked on the summits’ message regarding Iran, al-Jubeir said it was clear from their statements that Iran’s destabilizing activities affect the entire region and not only the Arabian Gulf.

The Islamic community rejects Iran’s behavior and it is telling Iran that enough is enough.

"If you wanted to be a country which is respected, then you have to adopt policies that will lead to the other’s respect. Killing diplomats, bombing embassies, planting terror cells in other countries, smuggling weapons and explosives, supporting terrorist militias, launching ballistic missiles on other cities, all this is not the behavior of a country which wants to gain the respect of its neighbors,” Jubeir went on to say. 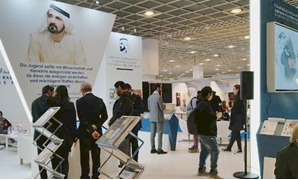 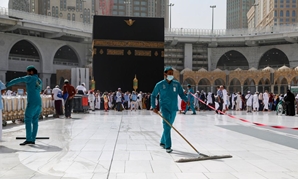