EOHR allowed to follow up on referendum: Abu Saada

By: Egypt Today staff
CAIRO – 19 April 2019: The National Election Authority gave the Egyptian Organization for Human Rights (EOHR) the permission to send 1600 people to follow up on the referendum held to vote on constitutional amendments, head of the EOHR Hafez Abu Saada said.

The planned amendments expand the presidential term, charge the national army with "protecting the constitution and democracy," and grant the president some unprecedented rights.

Abu Saada said that the organization will expectedly send 1100-1200 followers, adding that it will check the transparency, the turnout, and the procedures to secure the polling stations. He added that it is unlikely that problems will emerge, as unlike elections, referendums have no contenders.

Lasheen Ibrahim, head of the National Election Authority (NEA), called on the Egyptian expatriates to vote in the referendum from Friday, April 19, to Sunday, April 21. 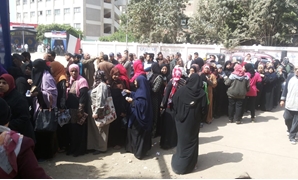