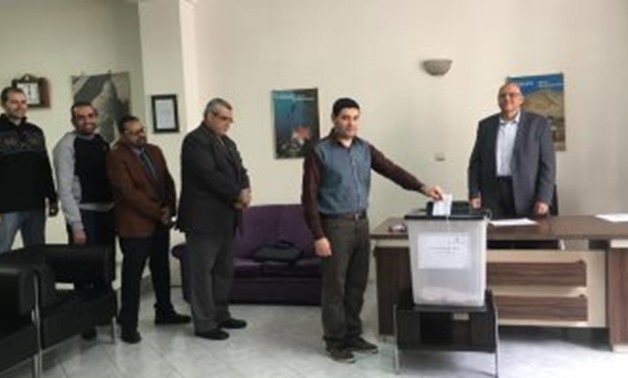 Egyptians casting their ballots in the headquarters of the “Egyptian Interest Section in Tehran” to vote on draft constitutional amendments. April 19, 2019. Press Photo

Expats take part in referendum on constitution in Tehran

By: Egypt Today staff
CAIRO - 19 April 2019: Members of the Egyptian community in Iran voted on Friday in the headquarters of the “Egyptian Interest Section in Tehran” on draft constitutional amendments despite bad weather embodied in rain, wind, and the possibility of thunderstorms.