Sisi’s income decisions in the face of inflation worth LE60B

By: Noha El Tawil
CAIRO - 31 March 2019: President Abdel Fatah al-Sisi announced a number of decisions aimed at alleviating the impact of inflation on millions of citizens. That was during the Egyptian Women Day ceremony held on Saturday to honor women and ideal mothers.

An exceptional raise worth LE150 will be granted to public employees to face inflation.

Pensions will increase by 15 percent with a minimum of LE150.

The minimum pension to be LE900.

The annual raise for employees subject to the Civil Service Bill will be seven percent of the base pay.

A exceptional raise for employees NOT subject to the Civil Service Bill worth 10 percent of the base pay with a minimum of LE75.

The president commented in Egyptian Arabic in the middle of his formal speech on the hike in prices. He called upon citizens to boycott commodities whose prices become unaffordable explaining that traders will have to reduce the prices, if sales plummet. The president added that the government is making efforts to indirectly adjust the prices but “it is difficult in a country having a population of 120 million citizens.”

The raises will be effective starting July. The Ministry of Finance that the raises will cost the treasury LE60 billion. The breakdown is LE30.5 to cover salaries increases, LE28.5 to cover pensions increases, and around LE1 billion to cover 100,000 families who will join the monetary subsidies program Takaful wa Karama.

The president has also declared a number of decisions and recommendations pertinent to women.

CAIRO - 30 March 2019: President Abdel Fatah al-Sisi announced a number of decisions in Egyptian Women Day ceremony held on Saturday to honor women and ideal mothers. The president declared raising the minimum wage to LE2,000 from LE1,200. The remaining decisions are pertinent to women precisely as indicated below. 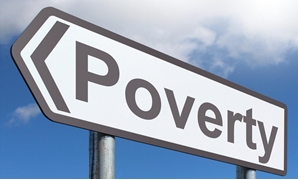