By: Egypt Today staff
CAIRO – 28 February 2019: Afghan Ambassador to Cairo Mohamed Mohaq stressed Egypt’s initiative to renew the religious discourse is a “top demand” for the Islamic world at the meantime, adding “our failure to reform religious discourse is the reason behind the spread of terrorist groups.”

“We cannot enter the modern era, or keep up with the major cultural events in the world except by renewing the religious discourse in Afghanistan and other Islamic countries,” Mohaq told Egypt Today commenting on a question about President Abdel Fatah al-Sisi’s initiative to renew religious discourse in Egypt in a bid to counter terrorism.

The Afghan ambassador explained that the Islamic civilization is currently facing a major challenge, “we do not see any other civilization or religion accused of terrorism.”

“Terrorist attacks in European, Asian and American states are carried out under the name of Islam, and the perpetrators initiate their crimes saying 'Allah Akbar'.”

Speaking about bilateral relations between Egypt and Afghanistan, Mohaq said that the 90-year- old official relations are at their best.

He further noted that the Afghan government has had serious intentions to boost relations with Egypt and Azhar Institute during the past two decades, adding that Egypt, despite security circumstances in Kabul, opened its embassy there.

Mohaq has worked as a diplomat in Egypt during the period from 2008 to 2011 before he was assigned to be an ambassador for Afghanistan in Cairo. 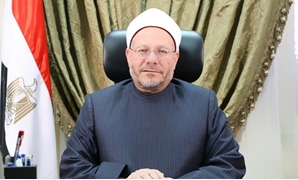