By: Egypt Today staff
CAIRO – 21 February 2019: Egypt’s Sharm el Sheikh International Airport is on high alert in preparation for receiving the high guests and heads of Arab and European countries, who are participating in the upcoming Arab-European summit due on February 24 and 25, said the Egyptian Ministry of Civil Aviation in statement on Thursday.

Surkos said that the summit will be a great opportunity to discuss several issues and challenges of mutual interest, especially illegal immigration and terrorism.
The conflicts in Syria, Yemen and Libya will also be on the discussion table during the summit, along with the climate change challenge.

On February 18, Sisi announced that the upcoming Arab-European summit will be a good platform to hold more discussions on the illegal migration file.
Egypt and the European Union held several discussions to reach a deal to curb the illegal migration phenomenon as it was reported by Financial Times and Anadolu Agency. Egypt has announced that not a single illegal migration case has crossed the Mediterranean Sea to Europe from its shores since September 2016, pushing the European Union to further count on Cairo to curb this phenomenon.

On January 18, 2019, President Sisi received a phone call from Tusk to discuss ways of combating illegal migration to European countries, according to a statement from the Egyptian Presidency.

In his speech with Austrian Chancellor Kurz in Vienna on December 17, 2018, President Sisi said that Egypt prevented a total of 11,000 refugees from migrating to Europe in 2018.

President Sisi added that his country is hosting more than 5 million migrants and refugees, registered and unregistered.

In his two-day visit to Egypt on January 13-14, the United Nations High Commissioner for Refugees (UNHCR) Filippo Grandi met with President Sisi to discuss Egypt’s role in combating illegal migration.

Also, during his participation at the opening session of the 2019 edition of the Munich Security Conference, Sisi said cooperation between Arab and European countries is extended throughout history, given the geographical aspects, mutual relations and connections.

Presidential Spokesperson Bassam Rady said in a statement that the Egyptian leader stressed that Europe is the biggest partner to the Arab world, pointing out to significant possibilities to boost this cooperation in various fields.

World leaders gathered at the annual Munich Security Conference, which was first held in 1963, with the fallout of World War II still lingering and the Cold War at full throttle.
Since then, the conference has grown to include representatives from around the world and has served as a platform for airing grievances and testing policies.

During his speech, Sisi added that cooperation between Arab and European countries is a significant matter, as instability in the Arab region would definitely affect Europe, and vice versa, as for example, the crises that hit some Arab countries led to an increase in the rates of illegal immigration, which affected the stability of some European countries.

“Not a single illegal migration case has crossed the Mediterranean Sea from Egyptian shores since September 2016," President Sisi announced, adding that his country held a series of bilateral talks with a number of European countries to deal with illegal migration from Africa to Europe.

“Egypt hosts millions of registered and unregistered migrants who are integrating into the Egyptian society,” Sisi continued.

Sisi further stressed the need for more communication and coordination between Arab and European countries to find a common ground to encounter and address common challenges and dangers. Therefore, according to the statement, the Arab-European Summit in Sharm El-Sheikh would be an important step and opportunity in that direction, and will be followed by many steps.

As for terrorism, the Egyptian president affirmed that he was the first president of an Islamic country to demand reforming the religious speech, especially that many countries suffer from extreme religious speeches, the matter which the whole world must become aware of.

President Sisi also demanded the international community to deal strictly with the misuse of social media platforms and modern communication means to recruit new militias and harm the world.

“In Egypt, we are all citizens, no difference between a Muslim and a Christian, as we are all brothers,” the president said, pointing out to the establishment of the biggest cathedral in the Middle East in the New Administrative Capital. He stressed that deepening the values of coexistence and tolerance is much more important than words and speeches.

“Many people do not understand what is going on in Egypt and thought that what happened in 2013 was against the will of Egyptians, although more than 30 million Egyptians went out to demonstrate against political Islam,” President Sisi added.

He further pointed out that extremist groups appear every time the national authorities of the country move out of the scene, affirming that fighting terrorism requires the international community to stand united against it.

The Egyptian president said Egypt’s strategic location made it the link between Africa and the Arab region, and between Europe, the Arab and African regions through the Mediterranean.

He also stressed that Egypt adheres to resolving crises through politics only and to preserving the unity and safety of its land, as it plays a significant role in overcoming challenges and regaining security in the region, because most of these crises have a direct effect on the Egyptian national security. 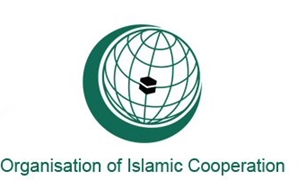