By: Egypt Today staff
CAIRO – 20 February 2019: U.S. Ambassador to Beirut Elizabeth Richard expressed concerns on Tuesday over Hezbollah’s interference in the formation of the new cabinet.

During a meeting with Lebanese Prime Minister Saad Hariri, Richard stressed that such growing role of the militant group cannot be deemed contribution to the stability of Lebanon.

The ambassador further called upon the new government of Hariri to refrain from providing any support to Hezbollah from public resources.

The Iran-backed Hezbollah, according to Richard, continues to violate Lebanon’s sovereignty and policy of non-involvement in regional conflicts by fighting, “at least in three countries”, in a clear reference to Syria, Iraq and Yemen, where Iran supports local armed groups, including the Iranian Militias in Iraq and Syria (IMIS).

“I was also very frank with the prime minister about US concern over the growing role in the Cabinet of an organization that continues to maintain a militia that is not under the control of the government,” Richard told reporters after the meeting.

She added that Hezbollah continues to make its own “national security decisions” that “endanger the rest of the country.”

The meeting was held in the presence of Iranian Ambassador to Lebanon Mohammad-Jalal Firouznia and the delegation accompanying Zarif.

Zarif’s visit took place to follow the recent formation of a new government in Lebanon after a nine-month deadlock that only deepened the country' economic woes. 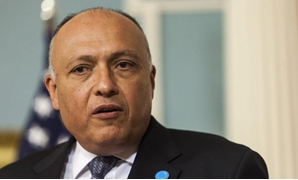