By: Amr Mohamed Kandil
CAIRO - 31 January 2019: As a rockslide took place in the slum area of al-Razzaz in Manshiyet Nasser west of Cairo on Tuesday,many expected that it would be as disastrous as the horrible Duweqa rockslide in 2008,burying dozens of houses and killing many citizens.

Since 2008, the government has been adopting a proactive approach toward slums, including establishing the Informal Settlements Development Fund.

Cairo Governor Khaled Abdel Aal said that 13 properties embracing 82 families were evacuated in al-Razzaz area after the rockslide based on the recommendations of geologists to protect them.

The governor affirmed the state's keenness to provide safe units for citizens who live in dangerous slums through implementing large housing projects and establishing thousands of housing units in different areas, saying it saved many lives and contributed to providing better quality of life for thousands of families.

He referred to Tuesday's incident, saying it did not cause any deaths, because the state has worked on transferring thousands of citizens from these areas to Moqattam's Asmarat modern housing project.

Mohamed al-Okabi, media advisor to the Ministry of Social Solidarity, said that the afflicted 82 families will be transferred to units in Asmarat, which Nasser Social Bank (NSB) has furnished few days ago to receive residents of dangerous slums.

Based on Presidential Decree No. 305 of 2008,the state's Informal Settlements Development Fund was established with the aim of identifying, and developing slum areas nationwide besides providing them with basic facilities including water, sanitation and electricity.

The fund is also responsible for setting public policies for developing and supervising urban strategies for unsafe areas, setting plans to remove buildings established in these areas, and encouraging civil society organizations and the business sector to contribute to the development of slums.

the Egyptian government has spent LE 20 billion to develop unsafe areas and provide decent housing for the residents of these areas, Hany Younis, spokesperson for the Ministry of Housing, said in 2018.

With an estimated 40 percent of the Cairene population living in informal settlements, according to the Ministry of Housing, and about 75 percent of urban areas throughout Egypt left unplanned and 1 percent unsafe altogether, according to the Informal Settlements Development Fund (ISDF), now part of the new Ministry for Urban Development, the government has left no stone unturned in its research towards putting a plan that will develop Egypt’s housing landscape and rid the country of the housing crisis.

The government has already rolled-out its project, Development of Slums, that aims to develop 1,100 slum areas by 2022. This comes in addition to the 130 slum areas that they have already been developing since 2016.

Soon, Port Said will be the first slum-free city in Egypt as part of the Development of Slum Project; Port Said will see 80,000 housing units being built during fiscal year 2018/2019.

Additionally, the government has put LE 20 billion towards developing safe living areas, while another LE 100 billion was spent to establish about 600,000 social housing units over the past few years. 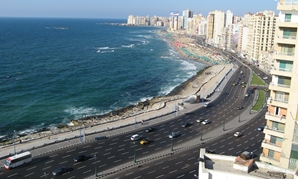 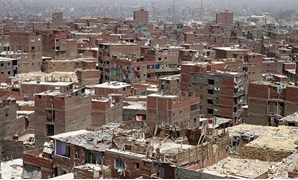 Director of BA opens Khadija Palace in Helwan after restoration 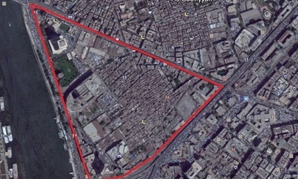