The British community in Cairo remained in Cairo throughout the Second World War, but after the war ended, Britain still occupied a commanding position in the centre of the city, which stirred up most of the popular resentment – Photo compiled by Egypt To

National Police Day: Battle of Ismailia, no retreat, no surrender

CAIRO – 24 January 2019: By the end of the Second World War, the British Canal Zone base was considered a keystone of the entire arch of British power in the Middle East and Africa.

An Anglo-Egyptian Treaty signed in 1936 had guaranteed the British the right to keep 10,000 troops and 400 pilots in the base, which posed as one of the three cardinal pillars of Britain’s strategic policy at the time.

The existence of a foreign base on an Egyptian land was always bound to be resented, so was the fact that the canal, which the base guarded, was run by a foreign company.

The British community in Cairo remained in Cairo throughout the Second World War, but after the war ended, Britain still occupied a commanding position in the centre of the city, which stirred up most of the popular resentment.

1854, construction of a shipping canal in Suez:

In 1854, French former diplomat Ferdinand de Lesseps persuaded the Viceroy of Egypt, Mohamed Said, to permit the construction of a shipping canal through the 100 miles of desert spanning across Africa and Asia.

In 1858, the Universal Company of the Suez Maritime Canal was constituted.

But Britain, however, did not like the French growing influence in the region, therefore, it objected the offer of shares and organized a boycott the resulted a shortage of shareholders and investors, and as a result, Egypt acquired 44 of the shares.

Construction of the canal started 1859 and it was opened in Nov. 1869 with the statue of de Lesseps standing on the harbor.

As Isma'il Pasha, the Khedive of Egypt, came to power, he had set out to modernize Egypt, however, he incurred massive debts, so he offered Egypt’s share in the canal for sale.

British Leader of the House of Commons of United Kingdom Benjamin Disraeli bought Egypt's shareholding for £4 million establishing Britain's influence in the running of this new and extremely important waterway.

The Suez Canal served as a shorter sea route for Britain to the oilfields of the Arabian Gulf.

In 1922, Britain gave nominal independence to Egypt, until an agreement was reached; The Anglo-Egyptian Treaty signed in London in 1936 proclaimed Egypt to be an independent sovereign state, but allowed for British troops to continue to be stationed in the Suez Canal zone to protect Britain’s financial and strategic interest in the canal until 1956.

In 1951, Nahas Pasha leader of the recently-elected nationalist Wafd party revoked the Anglo-Egyptian Treaty of 1936.

Attacks on the British garrison soon followed and in 1952 the British government authorized an operation to disarm the Egyptian paramilitary police force in Ismailia.

Egypt’s police: No retreat, no surrender

By private notice, British Minister of Health Aneurin Bevan dispatched a report to Britain’s first Viscount Head, Antony Henry Head, who also served as the British Minister of War, on Jan. 31, 1952 that included updates regarding the clashes between British forces and Egyptian auxiliary police in Ismailia.

“On 16th October, 1951, the Egyptian police failed to control the riots which broke out in Ismailia and British troops had to restore order. After this 600 auxiliary police arrived from Cairo,” the statement said. “Terrorists had been and continued attacking our troops and convoys while the Egyptian police looked on. In some cases the auxiliary police attacked our troops.”

“On 23rd January, 1952, when our casualties had reached 33 killed and 69 wounded, the Commander-in-Chief told the Chiefs of Staff that, in view of the repeated evidence of attack by the auxiliary police, he considered that he must disarm those in Ismailia, and that he had ordered General George Erskine to do so.”

The operation started with a message to the Sub-Governor of Ismailia to the effect that, since the auxiliary police had been, according to the statement, firing on British troops, so the British government saw that it is necessary to disarm them.

The governor was therefore requested to order them to come out of their barracks without arms, and told that arms would be restored to the regular police who would then be allowed to continue their duties.

A similar message was sent to the major-general commanding the police who was at his residence.

According to the statement, “The major-general replied that both the regular and auxiliary police would resist in accordance with their orders from the Egyptian Government. In view of this statement the operations against the Caracol and the Bureau Sanitaire were put in train.”

The major operations took place against the police headquarter that was fortified by police forces, especially auxiliary police, as they refused to hand over weapons and evacuate the police station on Jan. 25, 1952.

British newspapers announced British troops smashed into Ismailia’s police fortress and forced the main body of the armed Egyptian police reserves to surrender after a battle lasting all morning.

A British Embassy spokesperson in Cairo announced that between 200 and 300 Egyptian police at the bureau sector of Ismailia surrendered to British forces.

British tanks “ripped open” the Egyptian police barracks at Ismailia with 20-pounder guns at point-blank range, “as the town shook to the thunder of shell and small arms fire.”

According to an article published by The Advocate newspaper on Jan. 26, 1952, “In a stepped-up drive against the armed auxiliary police saw street fighting as deadly as that of World War II.”

“Egyptian casualties were believed to be heavy,” according to the newspaper.

General Erskine said that if the governor of Ismailia did not carry out the order without delay, the British, “would disarm the police “with such force as may be necessary.”

The Wafdist newspaper “Al Misri” said the new steps were being considered by the Egyptian government, which might extend to breaking off of diplomatic relations with Britain and expulsion of all Britons in Egypt.

The newspaper also added that steps might include the closing of British consulates in Egypt, or shutting of the Egyptian embassy in London, moreover, it also said the expulsion of British subject in Egyptian territory would mean that all property belonging to Britons would be blocked and placed under sequestration.

From 06:14 to 06:40, broadcasts were made using loudspeakers calling upon the police to surrender and hand over their weapons, a demand which the courageous policemen refused to comply to despite of being heavily surrounded by heavily armed British forces on an Egyptian land, while they carried ordinary rifles and pistols.

At 07:15, British forces returned fire as rounds of 20-pounder tank gun and a few rounds of two-pounder were being fired as well as small arms. This produced a very heavy fusillade by the Egyptian police.

A fresh broadcast was then made, followed by a pause to give them time to surrender, while at 08:15, fires was opened again by British forces on the same scale. followed by a broadcast with another pause for surrender. All this had no effect on the police as they continued to struggle and fight.

Two platoons of British infantry, supported by tanks, forced their way inside the walled compound of the police station at 09:00 which was used as barracks by the auxiliary police.

Despite being heavily armed, the British infantry quickly suffered fourteen casualties and were withdrawn.

Interior Minister Fuad Serag Eddin requested the policemen not to surrender and, if necessary, fight for their dignity as Egyptian patriots.

At least 50 Egyptian police casualties were killed and 73 wounded as officials refused to take any action and the police general in Ismailia steadfastly remained in his quarters throughout the whole proceedings.

The battle of Ismailia sparked significant outrage and passions in Cairo, as on Jan. 26, security police staged demonstrations in support to their comrades in the Canal Zone, and were joined by university students and workers, chanting against the British king himself.

Following the 1952 revolution, Egyptian newspapers and media celebrated the sacrifices made by policemen and the battle was known as the “Battle of Ismailia”.

After the battle, violence and demonstrations against the British occupation continued and riot spread across Egypt.

British threats to occupy Cairo prompted King Farouk of Egypt to dismiss Nahas Pasha, but in July 1952 King Farouk was overthrown and General Mohammed Naguib seized power. Rather than insist on Britain's rights under the 1936 Treaty, Anthony Eden, the British foreign secretary tried to negotiate with the new government.

In 1954, Colonel Gamal Abdul Nasser replaced General Naguib and was determined to achieve three goals, which are to make Egypt independent by ending the British occupation, to build up a strong army to defend Egypt and the Arab region, and to improve Egypt’s economy by constructing a high dam in Aswan to irrigate the Nile valley and lands.

On 19 July, US Secretary of State John Foster Dulles informed the Egyptian ambassador in Washington that his government had decided that it would not provide funding for the construction of the dam.

The British foreign secretary, Selwyn Lloyd, followed suit and withdrew the British offer of aid. The World Bank then refused to advance Egypt a promised $200 million.

So on July 26, 1956, the Egyptian leader nationalized the Anglo-French Suez Canal Company, declaring that he would take the revenue from the canal to finance his dam.

Former president Gamal Abdel Nasser pointed out to the battle in a speech on July 31, 1954 and addressed the police’s role in cooperating with the army to protect “internal security.”

Later, Jan. 25 became marked as Egypt's Police Day and in 2009, former president Hosni Mubarak ordered that the day become an official public holiday as he recognize the efforts of Egyptian police to maintain security and stability in Egypt and acknowledge their sacrifices. 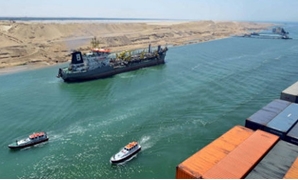