By: Amr Mohamed Kandil
CAIRO - 2 January 2018: Concluding 2018, Cabinet's media center issued an information report on rumors attempting to fail the state's constructive efforts throughout the year, revealing that education was the most targeted by rumors, obviously due to the radical changes it is undergoing under the new system.

Rumors included the cancellation of the new education system, the abolition of the booklet system in the secondary school examinations, and the reduction of teachers' salaries to reduce expenses in the new system, the media center said.

The rumors also included collecting daily fees from students, and that students would have to bear the cost of their exams' papers.

In the economic sector, the most remarkable rumors included selling 49 percent of the Suez Canal Economic Zone to an Arab country, imposing taxes on the Egyptians' deposits in banks, instructing banks to hold depositors' money in return for real estate tax, and transferring paper currency to coins, the center said.

Meanwhile, the rumors that circulated in the health sector included imposing a fine of LE 2,500 ($140.5) on those who failed to participate in the national anti-hepatitis C "100 Million Seha (Health)" campaign, the councils said. They also included excluding those who do not have health insurance from Hepatitis C free treatment.

In September, the Ministry of Supply and Internal and Domestic Trade denied the news saying that citizens who get subsidized bread worth LE 0.05 per loaf would not be able to get their daily share if they did not request it on daily basis, the Cabinet's media center reported. 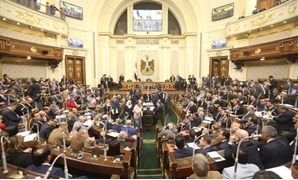