By: Reuters
MOSCOW - 29 December 2018: Russia expanded a ban on imported goods from Ukraine on Saturday, saying it would halt some $500 million worth of annual imports of mainly industrial products in retaliation for economic sanctions by Kiev.

Earlier this year, Russian President Vladimir Putin instructed the government to prepare a list of measures against Ukraine after Kiev announced economic sanctions on a list of Russian companies and business figures..

Relations between Ukraine and Russia went into freefall after Moscow's 2014 annexation of Crimea and the subsequent outbreak of a pro-Russian insurgency in the eastern Donbass region.

Since then, Russia has banned imports of beer, vodka, juice, wallpaper and confectionery from Ukraine.

Moscow said on Saturday items included in the new ban included industrial goods as well as some agricultural products, raw materials and food.

"Since the introduction of measures to ban imports from Russia of certain types of agricultural products, the Ukrainian sanctions list has been expanded to 18 types of products," it added.

Russia's Economy Ministry said on Saturday in a comment on the government decree that the value of Ukrainian goods included in the updated ban was estimated at around $510 million in 2018.

Ukraine has filed a complaint with the World Trade Organization challenging the Russian trade curbs on its beverages and sweets. 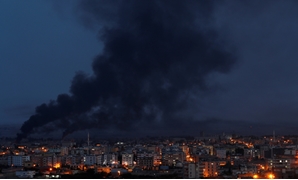